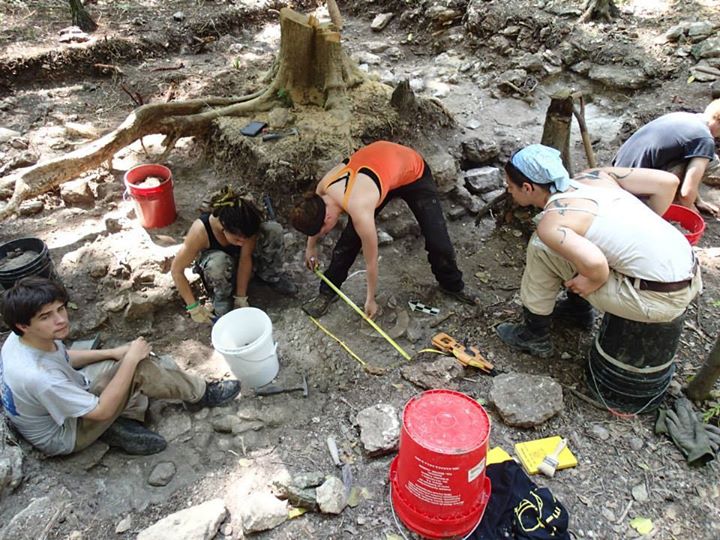 Is the past important?

Archeologists study past cultures through remains of ancient sites and artifacts, which people have created. The fascinating facts in your history books would not have been possible without the work of dedicated archeologists.

Why is it important to understand the past? It is often said that "History repeats itself". A society oppressed by a dictator, the cry for freedom, the challenges of democracy - this could be present-day Egypt, the U.S. 250 years ago when it came out of Britain's shadow, or Rome's struggles in 500 BC after overthrowing the tyrannical monarchy.

History teaches us lessons which as important today. The Maya disappeared suddenly in the 9th century B.C. Now, researchers claim decreased rainfall as a result of climate change was to blame. And what caused the climate change? The massive deforestation of the very jungles that had supported the civilization. Sounds familiar, doesn't it!

1. What does Archaeology really mean? Is it only digging up the past?

2. How do people actually plan an archaeology expedition? It must be difficult to know where to dig. How do you actually do it?

Those are very complex questions! But it really depends on the archaeologist’s hypothesis and research design. Archaeologists utilize the scientific method – here is a graphic of the process:

For instance, in the case of Richard III, anthropologists hypothesized that his remains are buried beneath Greyfriars church. Archaeologists then tested this by hypothesizing where the church may have been (based on historical records), then excavating the area and eventually identifying the ruins, recovering the human remains, and then testing those remains.

3. When you discover an item, how do you know if it is a recent artifact or something significant from before?

For example, using an absolute dating method, like radiometric dating (aka Carbon or C14 dating) you could determine that a tooth from a skeleton is 5000 years old. A relative dating method, like comparing fossil sequences in sedimentary rocks from around the world, will only able to conclude that a sample is older than a particular layer of rock or another sample.

4. Do you use carbon dating on all artifacts?

You can only utilize carbon dating on artifacts that are made from organic materials that contain carbon (such as wood). For more on how carbon dating works, check out this article from the past.

5. I wanted to ask about becoming an archaeologist. I've always thought it was a cool field to go into and have been collecting minerals and rocks since I was little. I have tons of mica from Stone Mountain, Georgia. I wanted to ask: what is the best way to become an archeologist?

I loved collecting geological samples when I was little too (and still do)! The best way to become an archaeologist is to stay in school and study hard! There are a lot of great University programs in anthropology and archaeology– but you will need to keep your GPA up!

You can also get involved in local archaeological programs in your area as well via your local historical or archaeology society, local museums, or universities. Here is a great link for more information.