Studying A Crater In Tennessee 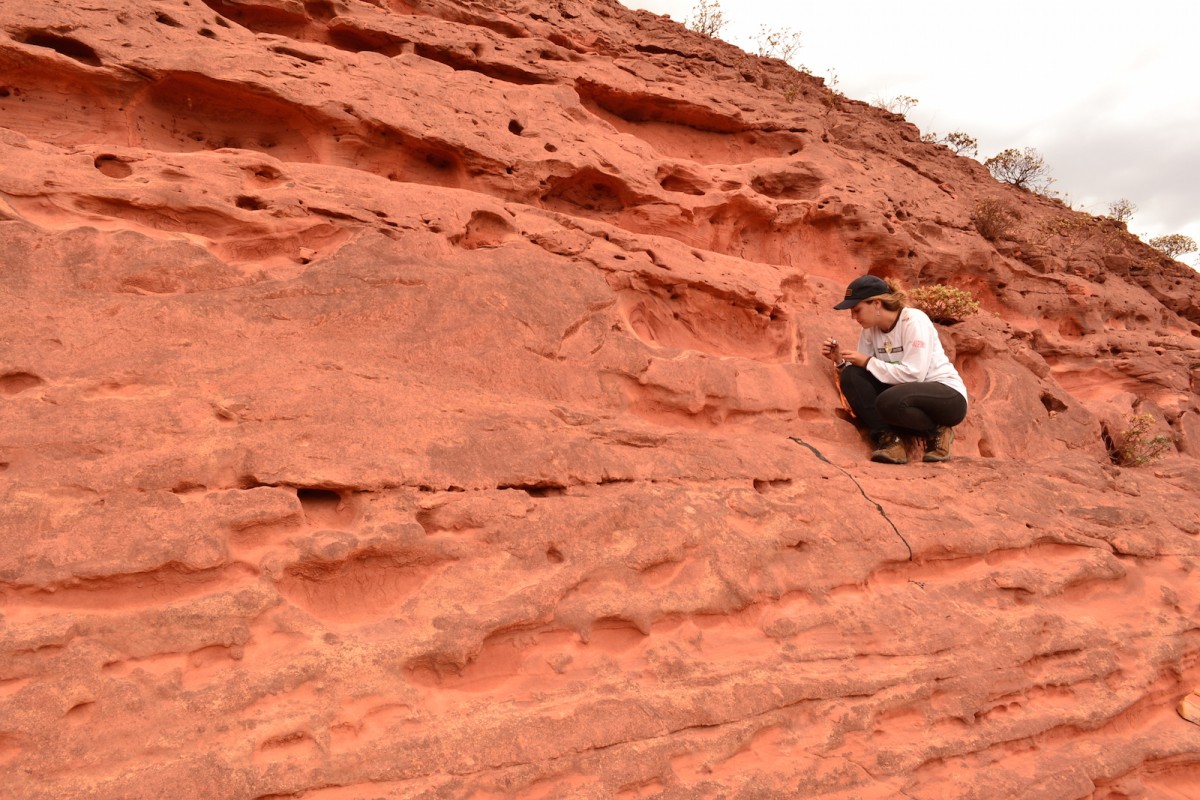 We have hundreds of tons of material falling to the Earth from outer space every single day.

This material is not in one big chunk, but lots of really tiny pieces like dust. However, every once in a while, a very big chunk of material can collide with planet earth.

These rocks from space are called meteorites. When they hit the earth’s atmosphere, they catch on fire. If you are lucky, you can see this happen; we call them shooting stars! Most burn up in the atmosphere, but every once in a while one makes it through to the ground.

About 360 million years ago, a giant meteorite crashed into a shallow part of the ocean on Planet Earth. The meteorite hit the Earth so hard that it made a huge crater that was the same area as almost 1500 football fields.

When the meteor struck the Earth, it crushed and broke many of the rocks where it impacted. This giant crater filled in with broken material very quickly. It killed many little animals that were living there at the time. This crater is called the Flynn Creek Crater and it is found in modern day Tennessee. It is my job to study the Flynn Creek Crater to try to learn about the giant collision that occurred so long ago.

We used a big drill to extract a lot of rocks from crater, and we have been studying those rocks. We can find some tiny creatures that were living in the ocean when the meteorite struck that are now fossilized in the rock. The impact of the meteorite was so violent that we think it might have melted the rocks, and we are currently looking at these rocks carefully with a microscope to understand them. What we learn by looking at these rocks will help me understand how the impact event happened.

Big meteorites hit the Earth very rarely, but they are very important in the history of the Earth.

In fact, the giant impacts like this were very important in forming the Earth in the first place. The planet was made by a gathering of space material. Every impact brought in more matter which helped form the Earth. Since the planet has been formed, many big meteorites have struck it. These collisions can change the planet very quickly. For example, a giant meteorite struck the Earth about 65 million years ago that drove the dinosaurs extinct.

Meteorites do not only strike Earth, it happens on every solid body in the space. If you look carefully with a telescope, you can see lots of craters on the moon, and other solid planets that have been shaped by meteorites impacts!

Leticia De Marchi I am a Brazilian geologist in graduate school at Auburn University, and I study craters formed by meteorite impacts.  When I’m not studying craters, I like riding horses, hiking, camping, listen...