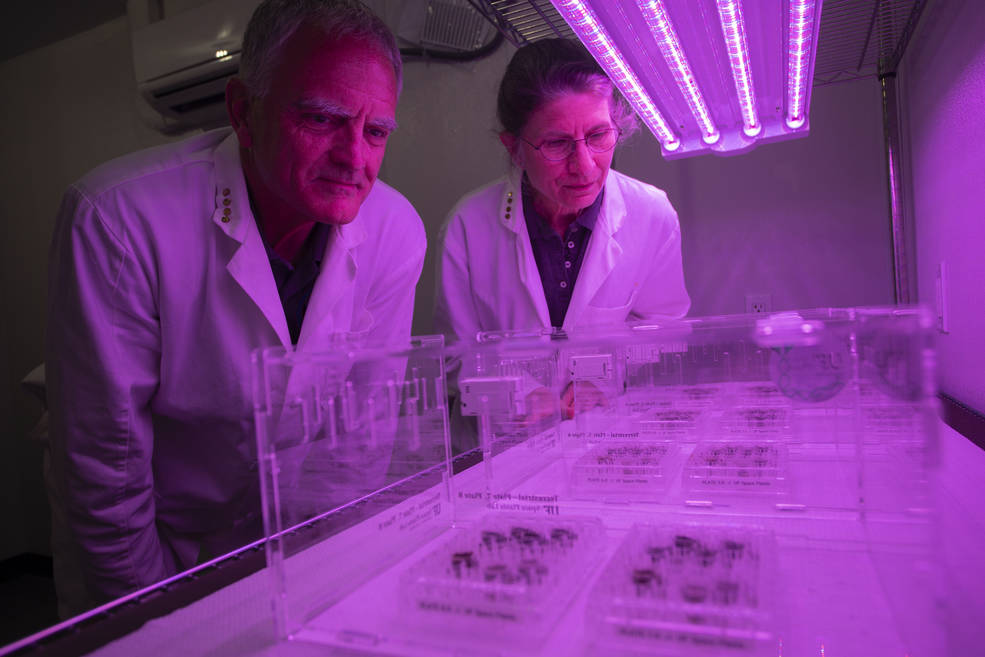 Decades ago, the legendary Apollo 11, 15, and 17 missions took on the daring endeavor of bringing moon soil back to Earth for study.

The Apollo Next Generation Sample Analysis (ANGSA) Program has been studying these samples carried back by the Apollo missions. And recently, researchers from the University of Florida have been able to successfully grow plants in this soil!

Let’s continue reading below to learn more about this experiment and its implications for the future.

For the experiment, researchers planted seeds of a flowering weed called Arabidopsis thaliana in lunar soil. Arabidopsis thaliana is a plant native to Eurasia and Africa and is closely related to some more commonly known plants like mustard greens, broccoli, cauliflower, and Brussels sprouts.

Now, lunar soil has a different texture from the soil on Earth - it is dry and contains sharp particles made of crushed basalt rocks. The soil lacks organic matter rich in nutrients needed to support healthy plant growth.

Researchers began by placing very small samples of lunar soil into miniature tubelike containers, then added seeds and water. A control group of Arabidopsis was planted at the same time but was grown in soil consisting of volcanic ash from Earth. The volcanic ash was meant to simulate the conditions of moon soil, so the growth of the two plant groups could be compared. Scientists then added a nutrient solution daily to the samples and carefully observed for any signs of change or growth. 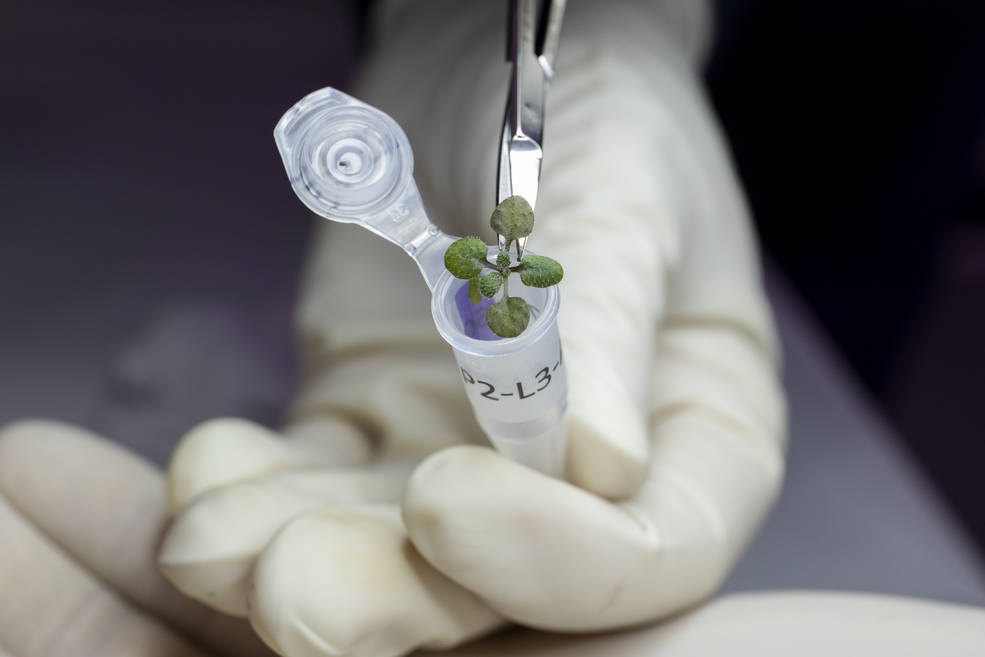 To the researchers’ surprise, within two days, the plants began to germinate in the lunar soil! By the 6th day of the experiment, though, it became clear that there were differences in the rate of growth of the plants.

Arabidopsis grown in lunar soil developed more slowly and grew to sizes relatively smaller than its control group counterparts. They also had more shallow roots and exhibited qualities that are normally not found in healthy plants, such as smaller leaves and a deep reddish-black hue.

The scientists also harvested the plants to study their ribonucleic acid - better known as RNA. RNA, unlike DNA, is a long single-stranded chain of cells. By sequencing its molecules, researchers were able to discover how genes in each of the plants were expressed, helping to further reveal differences between the plants grown in soil on earth and on the moon.

Just as the scientists suspected, the plants experienced a higher level of stress and worked harder to survive in lunar soil. Their observations were similar to those seen when plants are placed in environments with salt, metal, and oxidation.

In addition, plant growth in soil from different parts of the moon was different; mature lunar soil that had been altered by cosmic winds resulted in greater signs of stress in the plants. 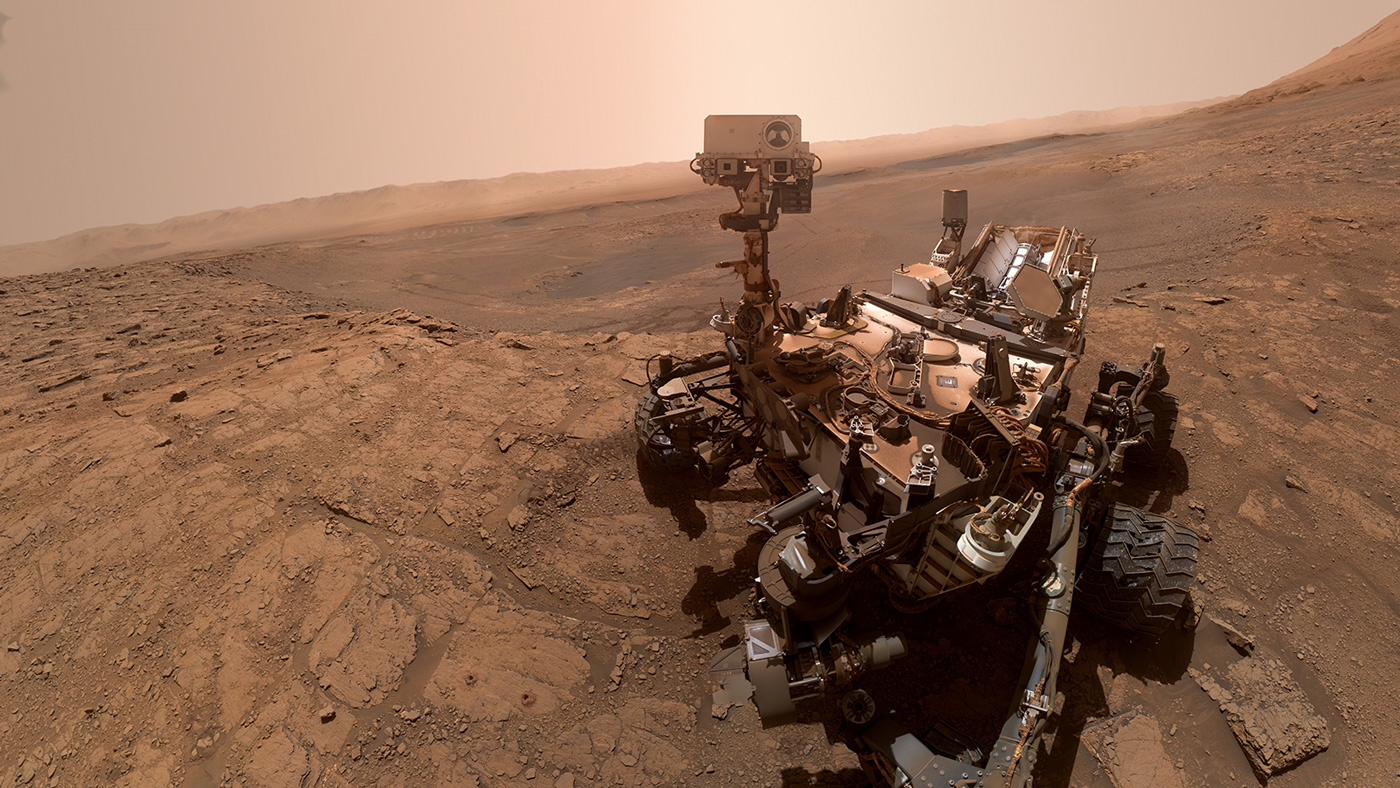 Even if plants must work extra hard to sustain growth on the moon, their ability to take root and flower at all is truly remarkable. Scientists plan to continue researching plant growth in lunar soil by tweaking plant genes.

This newfound discovery poses a major step in NASA’s human exploration goals. It could be a key turning point in unlocking future agricultural innovations and improving food accessibility for astronauts in deep space. The discovery may also pave the way to a better understanding of growing conditions on Mars, and lay the groundwork for an extended trip to the moon in 2025, called the Artemis program.

But more than anything, this experiment gives hope. Sustainability and environmental consciousness are choices that each individual must make to create a positive impact because there is still only one earth. Thankfully, findings like this create the possibility for future generations to continue inhabiting a planet safe for all.