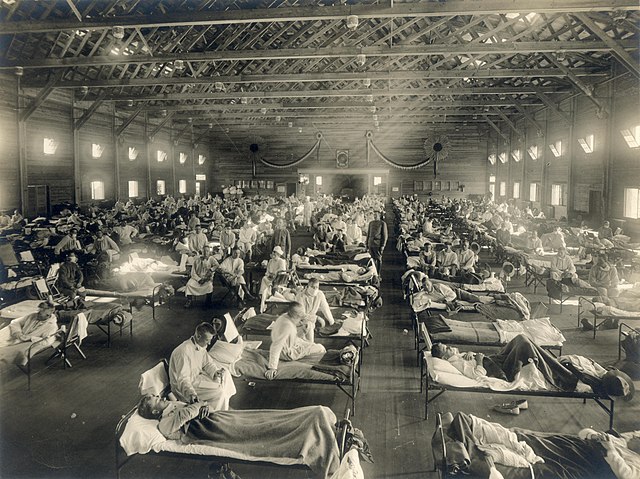 About 100 years another deadly pandemic ravaged the world.

The Spanish flu infected 500 million and killed at least 50 million people--a 10% death rate. It was one of the worst pandemics ever seen.

The origins of the Spanish flu are still unknown.  Some cite Chinese laborers, who were transported across Canada and then to the Western Front of World War I, to dig trenches, lay rail tracks and build roads.

Others claim that it started with midwestern Americans who were also deployed to the Western Front in France at the same time.

The virus first emerged in the spring of 1918 and the first recorded case was in an army camp in Kansas.

The ongoing World War I had a significant role in the flu’s spread to Europe. Trench warfare and crowded army living spaces meant that the virus could easily hop from man to man. This virus was not reported in the media. Spain, however, was not actively involved in the war and was the first to report this pneumonia-like flu -- hence the name 'Spanish flu.'

The flu largely died down over summer, but the virus mutated into a deadlier version in Europe during this time. The second wave spread throughout the world in the Fall of 1918, carried by soldiers back home to their loved ones and communities. There was even a third wave in the winter and spring of 1919. 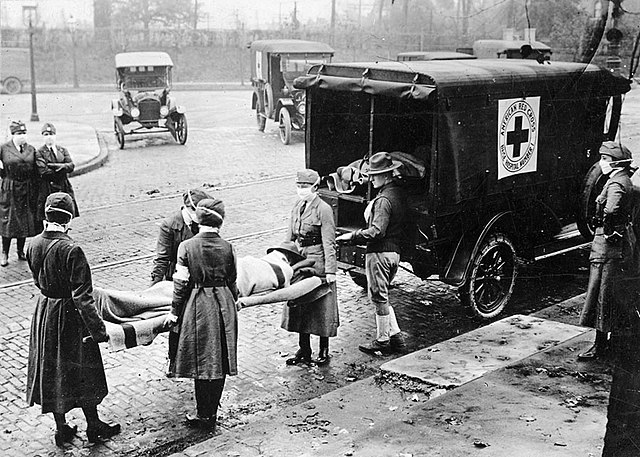 The flu was killing perfectly healthy young adults quickly, filling their lungs with fluid that then became prone to infections like pneumonia. Doctors had never seen anything this disastrous. Warehouses were converted into hospitals to quarantine those who were infected.

Back in 1918, medical science had not yet developed antibiotics or anti-viral drugs. However, doctors and nurses knew to isolate people from each other and to use protective wear to limit spread. They instructed the public to wear cloth masks, wash their hands, and avoid large crowds. Schools and theaters closed, and New York even prohibited spitting in the streets.

Police and the news media enforced these actions, which were already commonly supported.

The masks seemed to lessen the spread of Spanish flu, and eventually, supply got short as the rest of America, Europe, and Asia adopted the measure. To help, many communities like churches and Red Cross chapters gathered to make gauze masks by hand.

The Spanish flu led to almost 50 million deaths worldwide. American life expectancy decreased from 51 to 39 between 1917 and 1918. The economy also took a toll, as factories closed.

Many are comparing today’s coronavirus pandemic to the Spanish flu pandemic. The world today is very different from the 1920s.  Everything is much more connected--countries, media, travel, and people. Technology has also allowed us to map out the spread of Covid-19 and to better understand it.

As the world now deals with another unknown virus, it’s important to remember all those who are actively seeking out answers and to do our part to stay safe and helpful.

The History Of Quarantine (5)