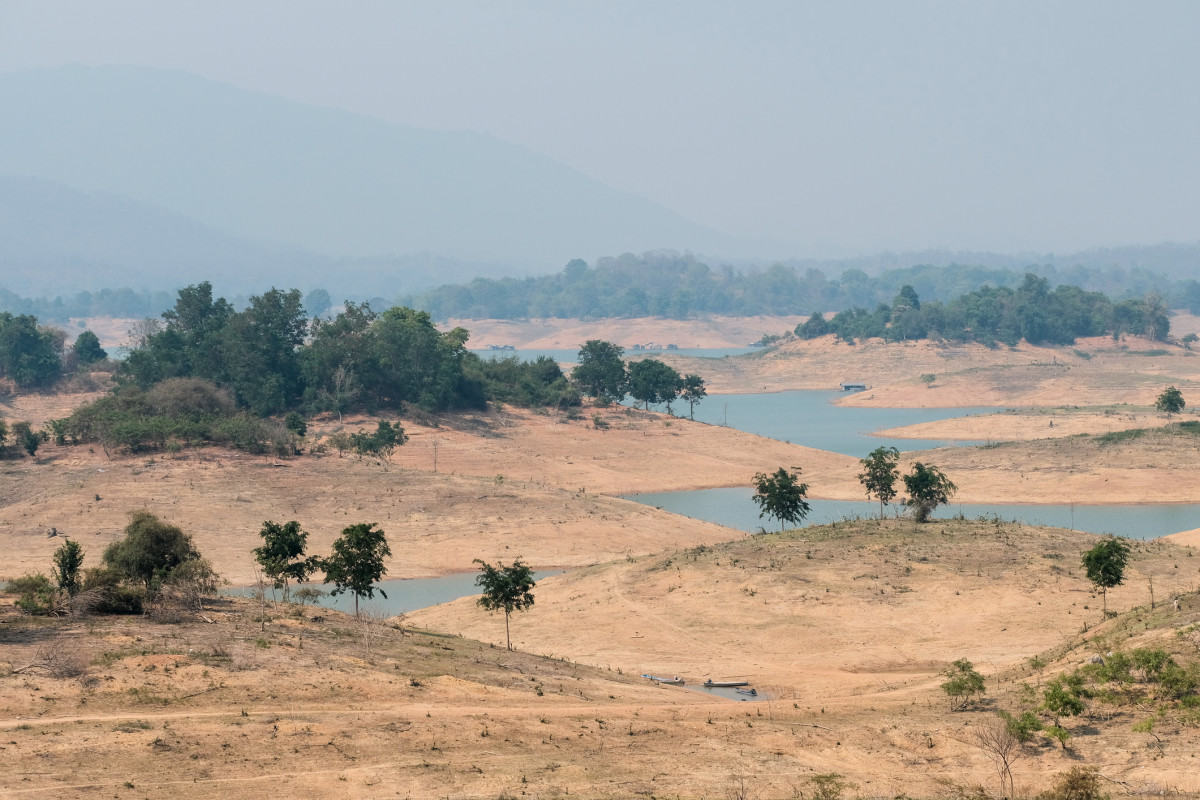 California is drying up. While the East coast of the U.S is buried under layers of snow and ice, the U.S West coast is facing its worst drought in 163 years of recorded history.

Lake levels are at a historical low, and there is not much snowpack on the ski slopes of Lake Tahoe. The lack of rains has prompted Jerry Brown, California's Governor, to declare a state of emergency. Residents are asked to cut their water consumption by 20% and use their lawn sprinklers sparingly.

Meanwhile, hills around the state that normally turn bright green at this time of the year, are still a dull brown. These dry conditions combined with high winds are a perfect recipe for wildfires, and fire authorities are already battling many in Southern California.

While there are no records of rainfall beyond 163 years, scientists such as Lynn Ingram at the University of California, Berkeley have compared the current drought situation to 1580 AD.

Ingram bases her findings on tree rings that are wider in years of heavy rainfall, and narrower in years of light rainfall. The longest droughts of the 20th century were from 1987-1992, and from 1928-1934.

Did you know that the snowstorms in the U.S East Coast and the dry spell in California are related? According to climate experts, a huge region of high pressure is sitting off the coast of California for the past 13 months. This system is blocking rain-bearing storms from bringing precipitation to the state, instead, diverting them to Canada - and the U.S Midwest and East coast!

What Could Be The Impact?

California is the nation's most populous state, and home to Silicon Valley and Hollywood. Not many know that the state is also the largest producer of food in the country. Millions of acres of farmland and ranches produce crops and livestock worth $45 billion!

These farms draw 80% of the state's water resources. Water shortage is causing many farmers to leave their farms fallow - that means, they are not planting crops for the next season. This would mean a shortage of seasonal fruits and vegetables, higher costs for consumers, and lost revenue for the state.

Lack of water in rivers and streams is affecting animals as well. The coho salmon of Central California are stranded in the oceans, waiting for water levels to rise - usually they swim up the rivers and creeks as part of their annual migration and spawning.

If the drought continues, it could put pressure on reservoirs and dams, and underground water supplies as farmers pump water for irrigation. This crisis is also an opportunity for developing policies and effective ways for storing and managing rainwater. But for now, it is time to pray to the rain gods...

I wonder why the climate is changing in California because its getting really dry, but I agree that the Governor should cut there water by 20%.

California is not lucky. I have friend who lives there. I hope he is okay.

maybe they should shuttle water from the midwest/ northeast to california