Visitors Flock To A Volcano In Iceland 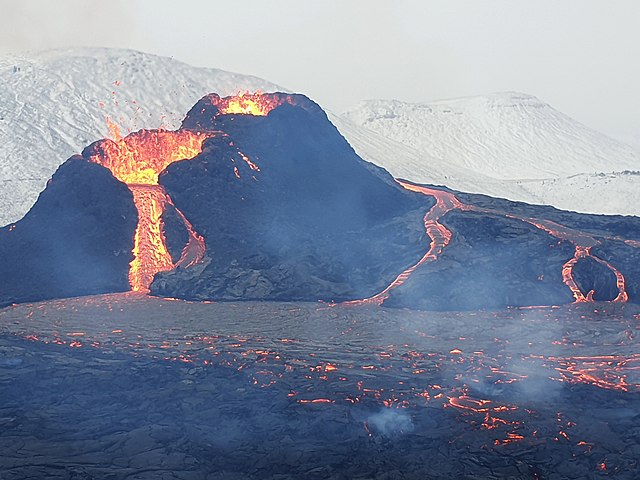 On March 19, for the first time in 6000 years, Mount Fagradalsfjall volcano in Iceland came alive!

The eruption was triggered by a series of small earthquakes over the past month. As lava shot up from the volcano, it illuminated the sky with a bewitching red glow that was visible from twenty miles away.

The volcano has become a tourist attraction as people are flocking to see the slow-moving lava. Park officials have set up a 2.2 mile (3.5 km) hiking trail to the site of the eruption. They have warned people not to get closer as there is a danger of inhaling hazardous volcanic gases.

Let’s take a closer look at Iceland and its volcanoes.

The mid-Atlantic ridge is a series of underwater volcanoes and mountains that form the boundary between the North American and the Eurasian tectonic plates. 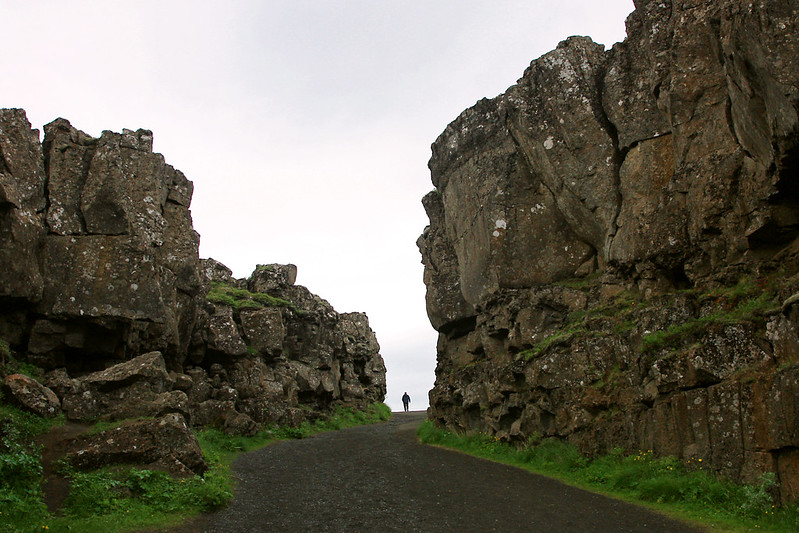 Iceland sits on this ridge and was formed from volcanic eruptions over 24 million years ago. In fact, it is one of the rare locations where the mid-Atlantic ridge can be viewed above the ocean, as 90% of the ridge is underwater.

When volcanoes along this ridge erupt, they produce new ocean floor that pushes the North American and Eurasian tectonic plates apart. Every year, these plates move around 1 centimeter to 20 centimeters apart.

Also, as these tectonic plates move and slide past each other, the stored energy is released as an earthquake. Iceland experiences hundreds of earthquakes every week, though most of these earthquakes are so small that they cannot be felt.

Iceland is home to 130 volcanoes, about 30 of which are active. When volcanoes erupt, magma (the molten rock from deep within the Earth) escapes through fissures on Earth’s surface. Depending on the composition of the magma, some volcanic eruptions may be explosive while others may be slow-flowing.

The Impact of the Eruption

The recent dramatic increase in the number of earthquakes in Iceland--40,000 in a month--led to the recent eruption.

A tall structure is forming around the fissure (crack) from which volcanic material is erupting. This is called a "spatter cone" and is created when the magma cools down and solidifies. Over time, a part of this spatter cone may crack and fall apart and cause magma to erupt from another fissure too. This is what happened in Iceland too with two eruptions visible! See the live webcam HERE.

Because the magma is flowing relatively slowly, the eruption has not caused mass destruction to any neighboring towns so far. Overall, the eruption site is safe, but authorities have warned visitors to not get too close as it is scalding hot, and the sulfur dioxide gas can be harmful to people with respiratory issues.  There is always the risk that new fissures might open.

It is not clear how long this eruption will last, but for many, a chance to see new land forming is too attractive to miss!