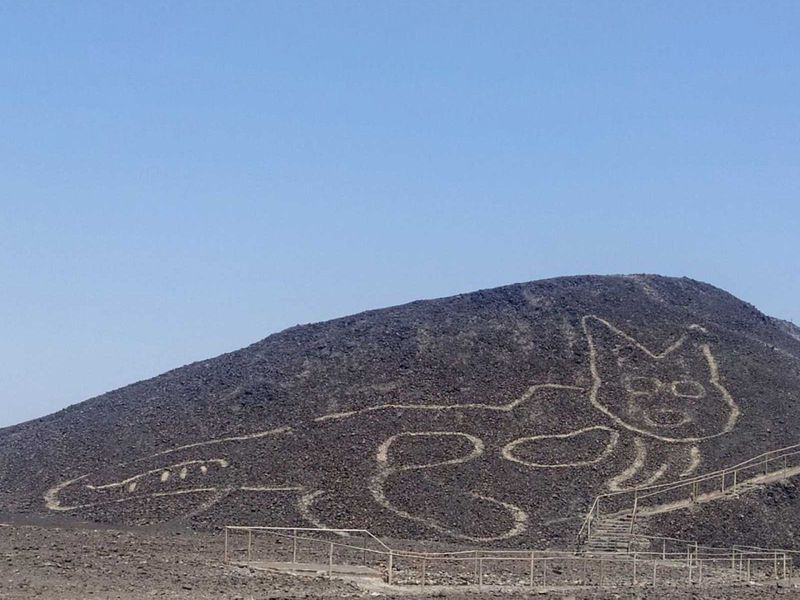 Recently, a colossal carving of a feline was found nestled away in the deserts of Peru. It is thought to be part of what scientists call the Nazca lines - a UNESCO heritage site containing mysterious, giant inscriptions in the earth.

Known as geoglyphs, these giant engravings in the ground are estimated to have been created between 500 BC and 500 AD. The 120 feet long cat was carved out on a steep slope about 250 miles south of Lima, in close vicinity to the rest of the Nazca etchings on the desert.

The imagery of the cat accompanies many other animal-themed symbols such as spiders and monkeys, along with geometric figures, to cover an area of 450 square km in the Peruvian deserts.

What are the Nazca Lines? 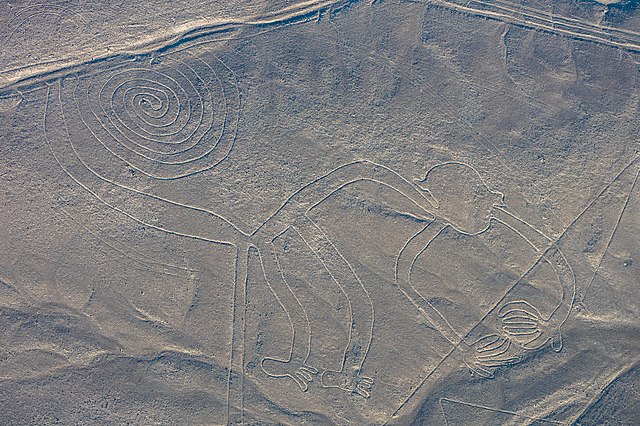 Because the top layer of gravel was oxidized to a red color by the severe desert conditions, the lines in the lower layer of light bedrock create a contrasting pattern that is easily visible. The lack of rain and other precipitation helped to preserve the markings for over 2,000 years to create the array of bizarre lines and drawings that are visible today.

The lines were first discovered in the 1920s by Peruvian archaeologist Toribio Mejia Xesspe and were later examined by aerial view for the first time in 1940. Although scientists are able to investigate the inscriptions with the help of 3D imaging, there are many more drawings as part of the Nazca Lines that are perhaps still undiscovered.

In 1994, the Nazca Lines were designated a UNESCO World Heritage Site for being “the most outstanding group of geoglyphs anywhere in the world” and one of “archaeology’s greatest enigmas,” according to UNESCO.

The Mystery Behind the Drawings

According to scientists and historians, the majority of the Nazca Lines were created by the people of the same name (the Nazca civilization) in the period they were active: between 1 AD and 700 AD. However, other pre-Inca civilizations may have contributed to the Nazca Lines as well, including the Paracas and Huari people.

Now, one of the most fascinating parts of the Nazca Lines is the mystery behind them. No one knows for sure why they were created. However, there are theories based on what we know about the ancient civilizations who created them.

The Nazca people’s archaeological culture was primarily based on their religious beliefs of agriculture and fertility, which is a possible theory behind some of the carvings. Considering the dryness of the desert and lack of water, scientists believe that the Nazca Lines were associated with rituals to ask for water.

To further support this, many of the animals that are depicted in the drawings, like spiders, hummingbirds, and monkeys, have symbolism relating to water and fertility.

Although we cannot prove anything for certain about these enigmatic geoglyphs, new evidence and research bring us one step closer to understanding the Nazca Lines.