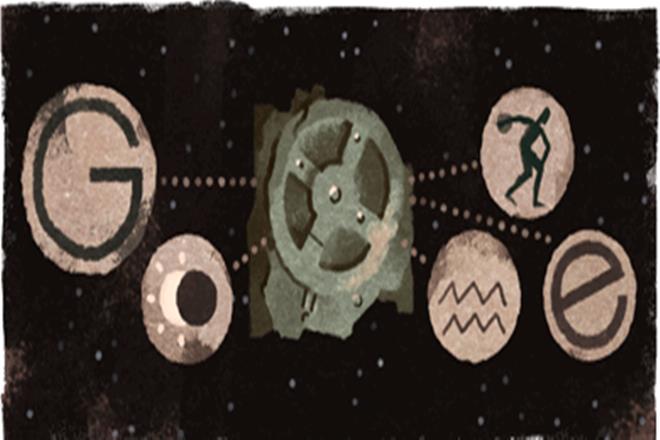 The people of ancient Greece were known for their architecture, arts, Olympics, and philosophy.

They were a learned group of people who gave the world the theories of mathematics and geometry as well as philosophy and astronomy. In fact, they were so technologically advanced that they had even developed their own computer over 2100 years ago.

It’s true! Ancient Greek astronomers had developed a complicated mechanical device to help them predict astronomical events. It is regarded as humanity’s oldest computer. Google commemorated the 115th anniversary of the Antikythera in May with a special doodle.

In 1901, sponge divers found several artifacts at a shipwreck dating to 1st century B.C near Antikythera, a Greek island that lies between Kythera and Crete in the Mediterranean Sea.

Along with several statues, the divers found stray pieces of a complicated mechanism containing gears. This mechanism is believed today, to be the world’s oldest analog computer. The device was named the Antikythera mechanism after the location where it was found.

The bronze object about 20 cms high began to disintegrate soon after it was recovered from the depths of the water. Using 21st-century tools and equipment, scientists have been able to discover the astonishing secrets, a century later. 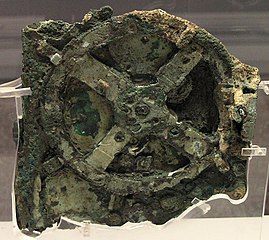 The mechanism is made out of bronze and contains several interlocking gears, each capable of performing precise operations. Though 30 gears are visible, it is believed that the original structure contained over 72 gears. Each gear was hand-crafted and had between 15 and 233 triangular teeth. The device could be used to add, subtract, multiply and divide.

Believed to be the size of a shoe box, the doors and faces are covered with inscriptions in Greek. By analyzing the inscriptions, scientists think that the device was used for astronomy and maybe even as a calendar. On the front of the mechanism, a dial shows the position of the Sun, Moon in the zodiac and a small ball for displaying lunar phases.

The astronomical theories of moon cycles given to us by the Greeks have been used by the device to predict phenomena such as eclipses and moon phases. It has been nearly impossible to copy this ancient mechanism. However, using over 1500 Lego technic pieces, scientists have tried to recreate it.