The 75th Anniversary Of The Nuremberg Trials 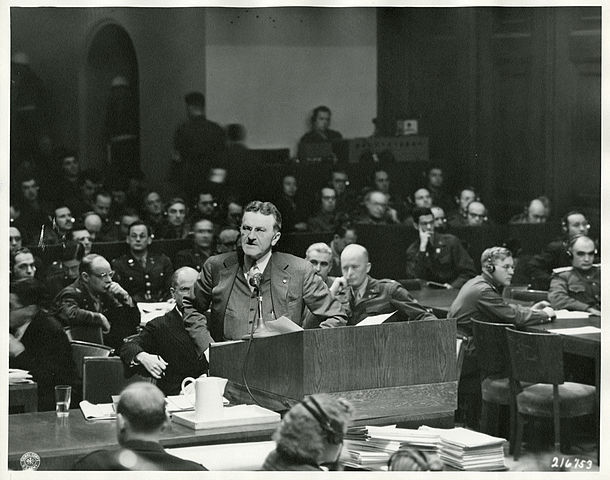 Seventy-five years ago on Tuesday, November 20, 1945, the trials in Nuremberg, Germany began.

It had been six months since the surrender of the Nazis and the end of World War II. More than 12 million Jews and non-Jews had been massacred by a man who was driven by antisemitism and the belief in Aryan (German) superiority.

Key Nazi officials who were accused of war crimes, involvement in the Holocaust, and other injustices against humanity, were tried for over a year. They ultimately received death or imprisonment sentences or were acquitted.

Let’s take a closer look at the trials and how it has shaped our world today.

The Road to Nuremberg

In 1945, Nuremberg was selected as the location for the trials for quite a few reasons. Once the seat of German kings and known as "City of Kings," it still had a reasonably intact Palace of Justice, with a large prison area for all the POWs.

However, the path to the trials was fraught with challenges. Soviet leader Joseph Stalin and British leader Winston Churchill proposed executions without trials, while American leaders were proponents of criminal trials.

Moreover, this was the first trial ever conducted as per international law and represented by a group of four powers - the United States, Great Britain, France, and the Soviet Union.

The Nuremberg trials were held for over a period of four years (1945 to 1949). The fate of the Nazi defendants rested in the hands of eight judges: three American, two French, two Soviet, and two British.

About 200 defendants were charged with humanitarian or war crimes -- 161 were convicted and 37 were sentenced to death. The charges against those put to trial in Nuremberg were: (1) Crimes to disrupt the peace,  (2) Crimes to the welfare of humanity, (3) War crimes, and (4) Involvement or attempt to commit crimes in the first three charges.

Among the infamous Nazi officials put to trial were - Hermann Göring and Heinrich Himmler (central figures in the Nazi party and close associates of Hitler who committed suicide prior to execution), Karl Dönitz, (who spent an interim term as president of Germany after Hitler’s death, but was only given a ten-year sentence), and Franz von Papen (the Vice-Chancellor during Hitler’s reign, but acquitted during the trials).

The International Court of Justice Is Born!

Sir Norman Birkett, one of the presiding British judges labeled the trials as “the greatest trial in history." Some criticized the trials because they believed it allowed several Nazi members and bystanders to go scot-free.

The Nuremberg trials have paved the way for a criminal system that brings to trial those who perpetrate crimes against humanity and resolves disputes between countries.