The 75th Anniversary Of V-E Day 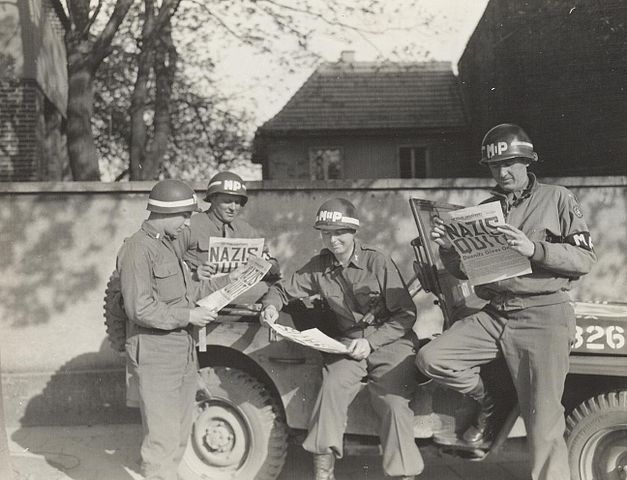 It’s crazy to think that just 80 years ago, countries around the world were at war with each other.

Tens of millions of people lost their lives in battle, people were executed simply because of how they looked, and famine spread across the globe.

On May 8, 1945, World War II ended in Europe with the surrender of Nazi Germany. This year marks the 75th anniversary of Victory in Europe Day (V-E Day) as it is called.

We look at the significance of V-E Day and how countries around the world marked it this year amidst the pandemic.

World War II was sparked by an unprovoked attack on Poland by Germany in 1939. 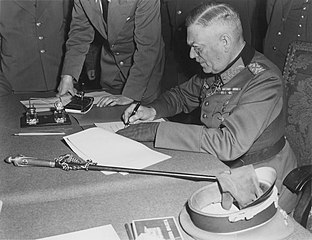 By April 1945, after six years of brutal warfare between the Axis and Allied forces (read here), Germany found itself cornered. Sensing defeat, Adolf Hitler killed himself, and soon after, Germany surrendered. However, the war was still going on in the Pacific between the United States and Japan, until Japan's surrender later that year.

V-E Day is marked each year with parades, speeches from various world leaders, and public gatherings with war veterans. In fact, some nations have even declared V-E Day as a national holiday! However, due to the rise of COVID-19, countries were forced to celebrate differently this year due to social distancing.

How Was V-E Day Celebrated This Year?

In Britain, Prince Charles and Duchess Camilla led the country in a two-minute silence. The U.K Royal Air Force jets flew over Buckingham Palace as people watched from the comfort of their homes. The Queen addressed the nation and the BBC broadcasted the victory speech given by Winston Churchill who was the British Prime Minister during the war.

In Paris, France, President Emmanuel Macron laid a wreath at the Arc de Triomphe, one of Paris’ most famous monuments, to honor those who fought in the war.

In Germany, the full state ceremony was canceled. However, President Frank-Walter Steinmeier and Chancellor Angela Merkel placed wreaths at Berlin’s Neue Wache, a memorial for those who died in the war. For the first time in Berlin, V-E Day was established as a holiday this year to reflect on the tragedy of war and the importance of peace and hope.

In the United States, which formally joined World War II in 1941, President Donald J. Trump participated in a wreath-laying ceremony along with eight other World War II veterans. Since older citizens are more at risk for COVID-19, those who attended the ceremony practiced social distancing.

Even though the world is in the middle of a pandemic, many see a parallel between the situation right now and the situation during World War II. Many national leaders have urged their citizens to continue to work together and maintain hope in order to defeat this pandemic, just as they did during the war.