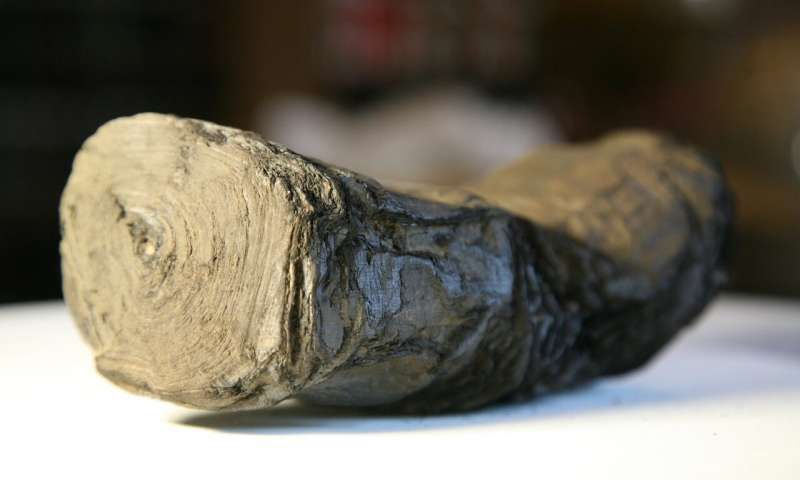 Blackened, crumbled bits are all that are left of this ancient scroll. It’s hard to believe that these ashy bits, not unlike scraps of burnt tortilla, hold great historical significance.

However, this scroll is one of the Herculaneum scrolls, which hail from an ancient Greek library in Herculaneum, a town near the famous Mount Vesuvius. When the volcano erupted in 79 AD, the library was caught in the subsequent explosion of molten ash, and its scrolls were reduced to carbonized rolls. This fiery treatment preserved them but rendered them unreadable.

And yet, with the advance of new technologies, the Herculaneum scrolls can now be deciphered.

What sets it apart from the rest of the Herculaneum scrolls is that it has Greek writing on both of its sides. Found in 1795, the scroll was unrolled and immediately glued to cardboard to prevent it from becoming more damaged. This preserved the scroll but made it impossible to read the other side without severely damaging the papyrus.

How Was It Deciphered?

Papyrus scholar Graziano Ranocchia and his team used shortwave-infrared hyperspectral imaging, a technique that allowed them to see through the papyrus and decipher its other side.

The team discovered various texts and quotes Philodemus wanted to put in his book, providing a new perspective on the writing process of an ancient philosopher. In addition, this revealing of the other side allowed the team to gain a better understanding of the front of the papyrus. So far, the team has read over 150 new words, and clarified places where the text was misread. For instance, the Greek word for “charmed” was corrected to “enslaved”, hinting that Plato was enslaved at an earlier time than originally thought. 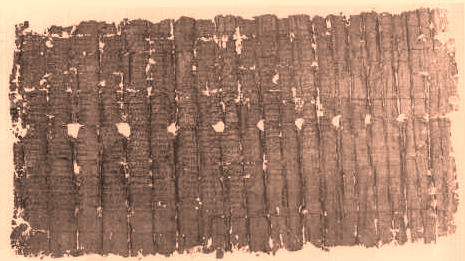 Brent Seales, an ancient artifacts decoder, and his team have developed a new technique that could make it possible to read the Herculaneum scrolls without unrolling and damaging them.

This technique entails the use of a high-resolution scanner and a machine learning algorithm, which, when combined, could make carbon-based ink visible on carbonized paper, a feat even X-rays cannot do.

Seales and his team are currently working on scanning two intact scrolls and four scroll fragments with a particle accelerator. This particle accelerator called the Diamond Light Source (and true to its name) is able to produce beams of light 100 billion times brighter than those of the Sun. With this powerful beam of light, the team will be able to “see the internal structure of the scrolls in more definition than has ever been possible.”

Armed with these powerful technologies, the Herculaneum scrolls can finally be deciphered, and their secrets uncovered at last.

Mt. Vesuvius: Were There Any Survivors? (0)

A Rush To Preserve Pompeii (10)