Dogs and Humans: A Long Relationship 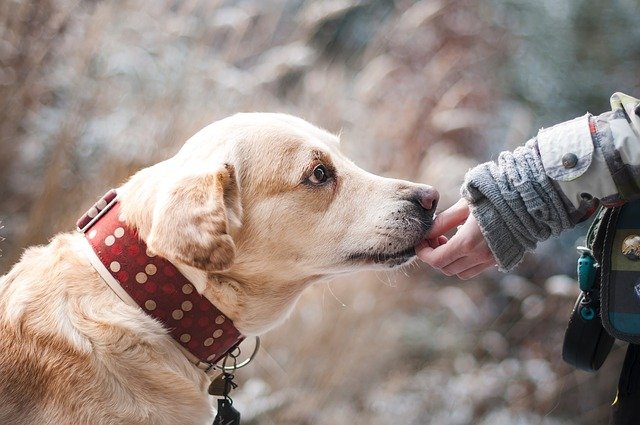 Have you wondered how dogs became man's best friend? Or, why there so many dog breeds?

On October 30, a study published in the online journal Science revealed more information about the history between dogs and humans, dating back to thousands of years.

From previous studies, it was known that sometime between 15,000 to 40,000 years ago, humans first encountered a friendly gray wolf, and that forever changed the relationship.

The dogs of today are descendants of and were domesticated from gray wolves. One study suggested that dogs may have been domesticated twice since their origin, but others dispute this conclusion.

Let's find out what the new study reveals.

Greger Larson from the University of Oxford, along with an international team, examined the genomes (genetic makeup) of 27 ancient dog species from remains dating 800 to 11,000 years ago. They compared this with the genomes of 17 humans from the same time period and regions.

The team discovered that by 11,000 years ago, there were five distinct species of dogs -- Northern Europe, Near East, Siberia, New Guinea, and the Americas. It turns out that today's dog species can trace their ancestry to one of these five ancient species. For example, the chihuahuas are descendants of ancient dogs from the Americas, while the Huskies are descendants of the Siberian breed.

The team also found that most of the modern European dog breeds come from two breeds -- Northern Europe and the Near East. And finally, the five species trace their origin to one ancient species of wolf.

The scientists found remains of dog species in Europe that trace are originally from the Near East. This led them to conclude that humans traveled with their dogs as they migrated from area to area. These dogs were brought as companions or to act as guard dogs or hunting dogs.

However, this was not always the case. Scientists found remains of farmers in Germany and their pups -- these farmers who had settled in the region from the Near East had adopted local species of dogs instead of bringing their companions.

The study of genomes also shows that dogs and wolves might have interbred early on, but the genetic material flowed from dogs to wolves, instead of the other way around. Why? Scientists speculate that since humans would have discarded any dog species with wild wolf traits, nature would not have favored the flow of genetic material from wolves to dogs.

Finally, with dogs and humans living together, the two also developed similar characteristics such as the ability to digest high-starch diets. When two species adapt to an environment in similar ways, it is known as "convergent evolution."

As you can see, this study is already changing what we know about our favorite companion. We cannot wait to hear what else scientists unearth!

Dogs And Us: A Special Relationship! (4)