Fossil Of A Baby Snake Discovered 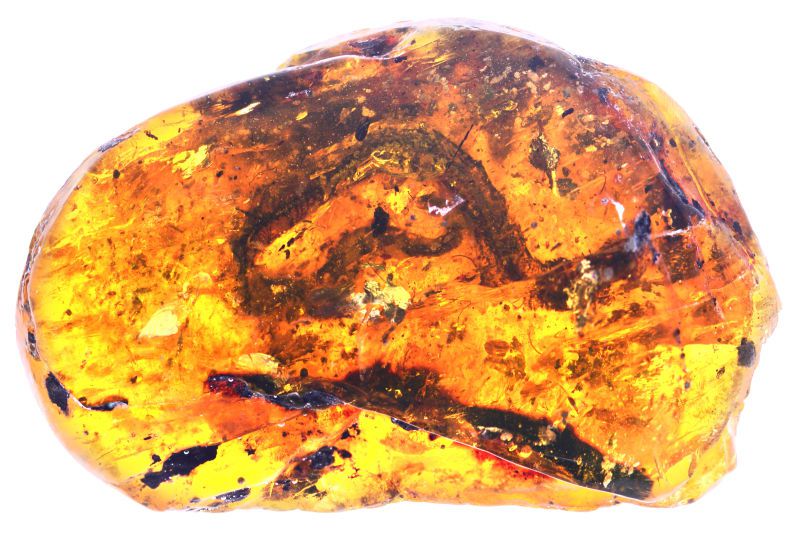 Imagine a sticky substance oozing out of a tree bark. The drops fall on a tiny snake just as it emerges from an egg. The baby snake gets caught in the sticky goo, and unable to free itself, dies. The amber solidifies into a golden yellow crystal, entombing the baby snake.

Fast forward 99 million years. Recently, a chunk of amber was donated to the museum of Dexu, in Myanmar. Inside the amber, a team of paleontologists found a tiny skeleton of a snake baby!

It was initially thought to be a centipede, but the delicate skeleton has 97 bones in the vertebrae and is missing a head. The researchers concluded that this fossil is the rear end of a snake and the oldest of its kind from the late Cretaceous and early Cenomanian period.

Why Is This Discovery Special? 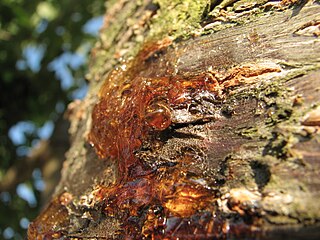 Snake fossils are rare. Researchers say that we are lucky that this fossil was preserved in amber rather than sediment. Sedimentary rock would have crushed and separated the delicate bones over time.

Since amber is fossilized tree resin (sticky super glue discharged from pine trees), it collects everything it touches. Small animals and other objects are often bound to get stuck inside amber gradually on contact. At first, only part of them may be stuck but after additional flows, they may become completely submerged in resin. When the resin hardens over time, it forms amber with all its trappings well preserved. Birds, a chameleon, a "vampire" ant, and even a small feathered dinosaur tail were discovered in amber from Myanmar.

Besides the skeleton, a piece of shredded skin believed to have been from a bigger snake was also found in amber. With the skin sample being tiny, the scientists are not completely sure that it is a snake's skin. However, the size, shape, and patterns make it seem like it is.

The fossil reveals some features that modern snakes don’t have, like V-shaped spurs of bone on the bottom of the tail vertebrae. These bone spurs most likely protected an artery along the tail, and may also have been used by snakes for stability when they became limbless millions of years ago. Researchers believe that the baby snake is a new species from the Cretaceous era and have named it Xiaophis myanmarensis which translates to "Dawn snake of Myanmar". It is most likely related to the family of Asian pipe snakes and sunbeam snakes.

The fossil also holds clues into the kind of environment snakes originated in. Being stuck in tree resin makes one believe that snake belonged in the forested environment indicating greater ecological diversity than previously thought. There are many other fossils from the same age mostly representing aquatic environments. This finding represents a land-dwelling snake.

What other secrets does amber hold? Only time will tell as more such fossils come to light!