Hagia Sophia: Back To A Mosque 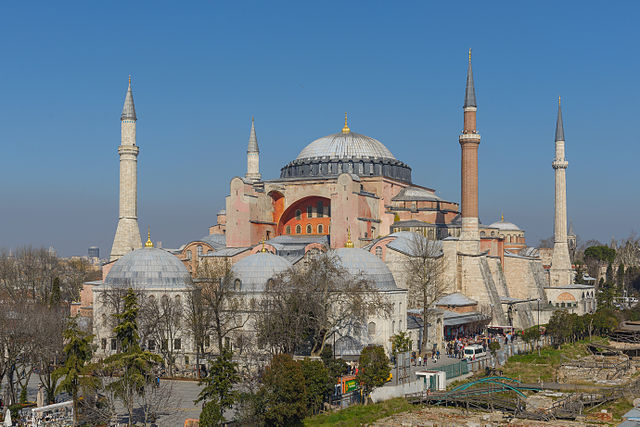 In early July, Turkish President Erdogan announced that Hagia Sophia would revert back to being a mosque, after being a museum for over 86 years.

Since this structure is of historical significance to both Greek Orthodox Christians and Muslims, this move has drawn international criticism.

On July 24th, the first Muslim prayers were held at Hagia Sophia with President Erdogan attending. Only 500 people were allowed inside due to coronavirus restrictions, with others praying on the grounds outside. The intricate mosaics of Christ, the Virgin Mary, and other Christian symbols will be covered during prayers.

Let’s take a look at the early history of one of the seven wonders of the Middle Ages.

Basilica, To Museum, To Mosque

Literally meaning the “wisdom of God”, Hagia Sophia was commissioned by Byzantine Emperor Constantius in 360 AD.

The original wooden structure was destroyed in a fire during a riot by 404 AD. The iconic landmark that stands today was commissioned by the Byzantine emperor, Justinian I between the years 532 AD and 537 AD in Constantinople.

The reconstruction took a little less than six years. Architectural pieces from across the Justinian empire were used, including columns from the Temple of Artemis in Ephesus (one of the ancient seven wonders). The Hagia Sophia witnessed the coronation of several Byzantian emperors and was considered a crowning glory.

In 1453 Constantinople was invaded by the Ottoman Sultan, Mehmed II, who remodeled the landmark into a mosque. However, instead of destroying the Christian frescos and artifacts, the ruler ordered that they be covered by Islamic designs and calligraphy. Further enhancements were added to the mosque such as wooden minaret and a minbar (pulpit).

Nearly 500 years later, the founder of modern, secular Turkey, President Kemal Ataturk decreed that Hagia Sophia be converted to a museum. A hot spot of debate and politics, Hagia Sophia has now returned to the headlines again.

The Debate and Politics 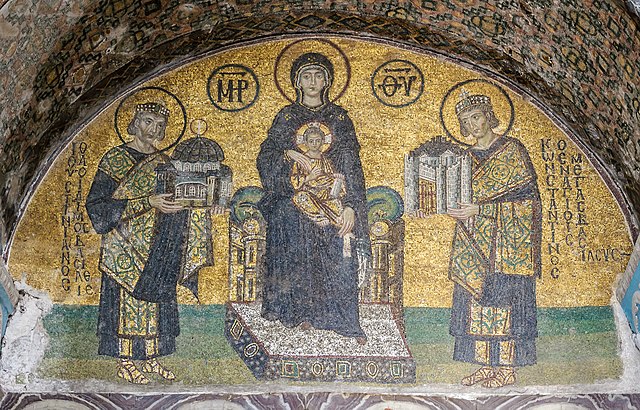 As one of the few cities in the world that spans two continents (Europe and Asia), modern Istanbul has been a religiously tolerant city.

However, President Erdogan has seen his popularity slip in recent times, especially among his religious base.  In a bid to attract nationalist support, the President recently transferred control of the mosque, Hagia Sophia to the Religious Affairs Directorate in Turkey.

Since it is a UNESCO World Heritage site, no modification can be made to Hagia Sophia’s status without consulting the World Heritage Committee. However, Turkish officials say that parts of the UNESCO World Heritage location will no longer be accessible to non-Muslims, and the site cannot be toured during prayer hours. The United Nations has expressed deep regret over the Turkish leader’s decision to restrict the monument’s “outstanding universal value”.

Both Erdogan and Turkey have faced international outrage, with the U.S and the European Union strongly voicing their displeasure. Many worry that the classical Christian paintings and artifacts may be destroyed. The move could also be demoralizing to Christians around the world who view the 6th-century landmark as a place of worship and sanctity.

Pope Francis echoed the sentiment of many saying -- "My thoughts go to Istanbul. I think of Santa Sophia and I am very pained." However, President Erdogan reassured all that no damage would be done to Christian mosaics and sculptures, and that their safety would be given top priority.