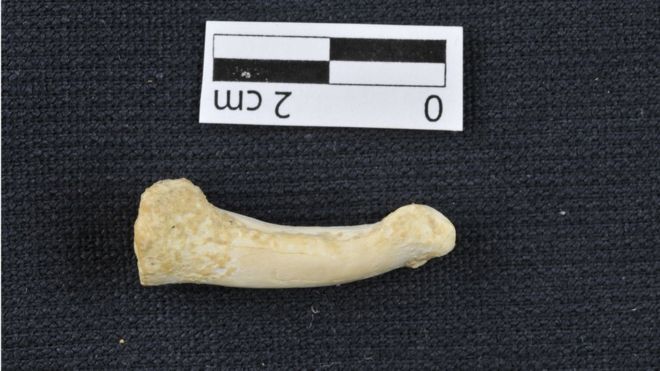 Recently, the remains of a new species of humans were discovered on the island of Luzon in the Philippines. These ancient, tiny humans were even smaller than the previously-discovered “Hobbit” species!

This dwarf, who has been named Homo luzonesis, lived about 50,000 to 67,000 years ago and was thought to have advanced physical features that were similar to modern-day humans.

It took the combined efforts of Filipino scientists and archaeologists to find and excavate the complete remains of the Homo luzonesis. The first evidence surfaced in 2007 with the discovery of a single fossil foot bone in a cave in Luzon. It's curious shape prompted archaeologists to dig further. Between 2011 and 2015, they discovered 12 additional fossils including teeth as well as hand and foot bones.

The first hominins that lived 2.5 million years ago started out in Africa and slowly developed features that caused them to evolve into our genus (groups of related species) - Homo.

About 1.8 million years ago, the commonly found Homo erectus species spread throughout East and Southeast Asia. This was the first major migration out of Africa. Remains of the Homo erectus were found in Indonesia, but later, scientists discovered an odd species of the Homo genus on an Indonesian Island: the Homo floresiensis.

The Homo floresiensis was a dwarf species, known as the “Hobbit,” that lived on the Indonesian island of Flores and was thought to have evolved from a previous species of the Homo genus. Scientists concluded that the evolution into a “Hobbit” species was due to the long-term isolation of this species on a single island with limited resources and few predators.

The newly discovered species, Homo luzonesis, however, is different from the "Hobbit." It has characteristics of both ancient humans as well as our own species. For example, the large premolars and roots resemble primitive humans, while the small molars are very "modern" and typical of our species.

Additionally, the feet and hand bones have a curved structure which indicates the ability to climb trees. This is very unusual as scientists believe that the Homo erectus species that left Africa had already adapted to life as a "bipedalist" (the ability to walk on two feet).

This had led scientists to come up with two theories. One possibility is that the new species developed from the Homo erectus and adapted to an isolated life on the island, referred to as island dwarfing. The other alternative is that a more primitive human ancestor somehow made it out of Africa to Asia. They are also puzzled at how the Homo luzonesis migrated, or possibly evolved, on the island of Luzon as there was no land route to the island for millions of years.

The new discovery certainly raises a lot of questions. Unfortunately, due to the warm, humid climate of the Philippines, scientists could not extract thorough genetic material from the remains of Homo luzonesis. However, modern-day technology may assist them in forming a viable explanation for the appearance of the dwarf species in Luzon.

A Skull That Could Change History (6)