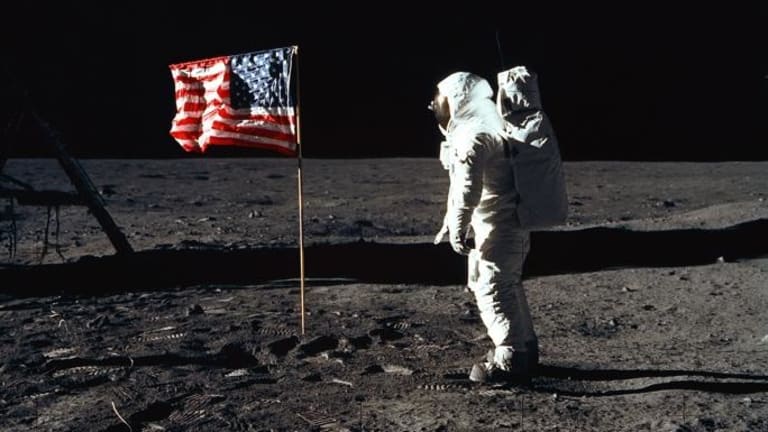 In 1961, President John F. Kennedy Jr. set a goal: he wanted to land a man on the moon to show America’s dominance in the Space Race.

Less than a decade later, Neil Armstrong became the first man to set foot on the moon on Sunday, July 20, 1969. Aldrin later joined him on the moon’s surface and they planted a U.S. flag, took photographs, and brought back the first samples from another planetary body.

The Apollo crew of Armstrong, Aldrin, and Collins traveled 240,000 miles in 76 hours to reach the moon. During the mission, the food items the astronauts ate on the surface of the moon in the lunar module consisted of the following: beef stew, bacon squares, date fruit cake, and grape punch.

Over 400,000 people supported the mission, including people from the Johnson Space Center in Houston and the Kennedy Space Center in Cape Canaveral. Armstrong's famous first words "one small step for man, one giant leap for mankind" echoed on television channels and through newspapers around the world.

The Space Race started when a Soviet missile launched Sputnik (Russian for “traveler”), the world’s first artificial satellite on October 4, 1957. Sputnik became the first man-made object to orbit Earth. The U.S. decided to act quickly in order to prove superiority. From 1961 to 1964, NASA’s budget increased by 500 percent. When Neil Armstrong set foot on the moon, America was declared the winner of the Space Race. The U.S. had spent about $25 billion on the program, over $100 billion in today’s dollars. 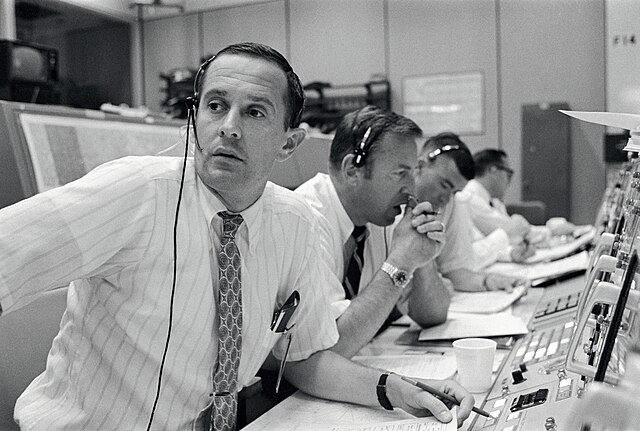 Google Doodle commemorated the 50th anniversary of the moon landing with an illustration and an animated video with a narration featuring the Apollo 11 pilot, Michael Collins. On July 20, 2019, in Armstrong’s hometown of Wapakoneta, Ohio, 2000 runners competed in “Run to the Moon” races.

More than 50 years after Apollo, NASA vows to land the first woman on the moon with the Artemis program and with the help of an increase in NASA’s budget by $1.6 billion by President Trump. The new mission, named after the twin sister of Apollo and Greek Goddess of the moon, will be headed to the moon's south pole where the craters hold large deposits of water ice.

More countries are eyeing the moon, with India's recent launch of the Chandrayaan-2 on July 22 with a mission of putting a lander and rover on the surface. China has already landed rovers on the moon a few times, the latest in February of this year with its Chang'e missions. Private companies such as Elon Musk's SpaceX program are jumping on the frenzy too - it may not be long before we see the first human settlement on our closest neighbor!