Mt. Vesuvius: Were There Any Survivors? 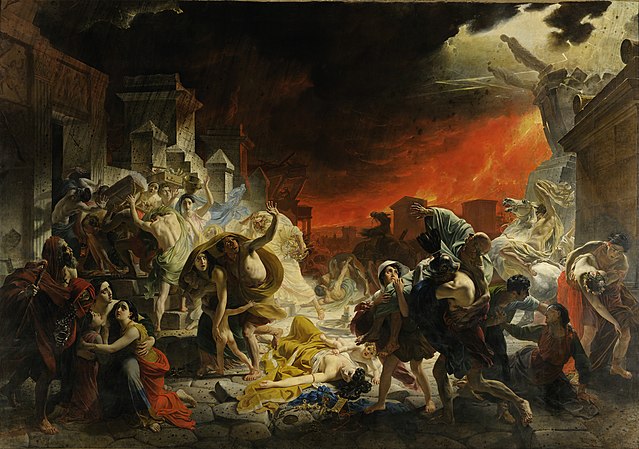 A recent study has found evidence of survivors from the 79 A.D. eruption of Mt. Vesuvius which buried the nearby cities of Pompeii and Herculaneum.

Professor Steven Tuck at Miami University of Ohio, undertook the study to help determine whether there were survivors and where they relocated. This would allow us to learn more about the social, economic and political world of ancient Roman times.

What is Mount Vesuvius?

Mt. Vesuvius is a volcano located by the Gulf of Naples on the western coast of Italy. It is classified as a complex stratovolcano because its eruptions consist of explosive eruptions as well as pyroclastic flows. 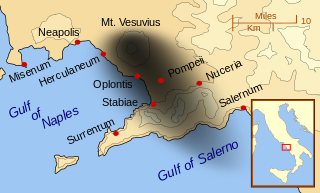 A pyroclastics flow is a fast-moving super-hot current of gases, ash and volcanic debris that will wipe out everything in its path, like an avalanche. Scientists believe that Mt. Vesuvius is hundreds of thousands of years old, and has erupted more than 50 times.

The region around Mt Vesuvius has been settled by humans as early as the 8th century B.C.  By 79 A.D., Pompeii was a bustling resort town popular with the wealthy citizens of Rome. It had elaborate villas, taverns, shops, open-air marketplaces and even an amphitheater that scientists estimated could seat 10,000 to 20,000 spectators.

In early August of that year, several earthquakes occurred around Pompeii and Herculaneum. Today, we know that earthquakes are linked to volcanic activity but not back then. Therefore, people paid little attention as tremors were common occurrences in the region.

Around noon time on August 24th, Mt Vesuvius erupted, sending a blast of hot gas, ash, and rocks high into the sky. As it cooled, ash and rocks drifted back to earth, clogging the air and making it difficult to breathe.  Hours later, a pyroclastic flow came surging down the mountain, wiping out everything and everyone in its path.

By the next day, Pompeii was covered under millions of tons of volcanic ash. While we don’t know exactly how many people died, scientists believe there are about 2,000 victims and the majority of inhabitants managed to flee. 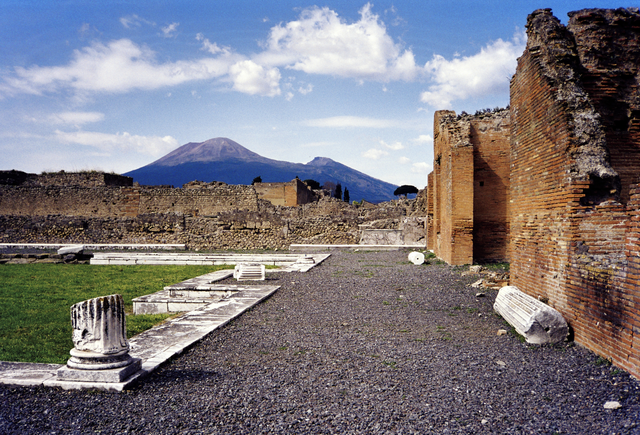 Pompeii and its neighboring towns of Herculaneum and Stabiae became abandoned for centuries. It wasn’t until the 1700s before Pompeii was re-discovered. The ash had helped preserve the town so that it was almost exactly as it was on the day of the eruption. Buildings were intact and skeletons of victims remained where they died. In the years since archaeologists have recovered more than a thousand bodies.

Dr. Tuck identified refugees from Pompeii and Herculaneum by looking for evidence in multiple areas. For example, last names of people that were common in the Vesuvius area showed up elsewhere after 79 A.D. Also, the unique religious worship of Vulcanus (god of fire) and Venus Pompeiana (patron deity of Pompeii) also showed up in neighboring cities. Dr. Tuck also inspected inscriptions, such as on tombstones, that indicated if people were born in Pompeii or Herculaneum.

Dr. Tuck’s study found that many refugees settled in communities to the north of Vesuvius and that families tended to move together as well as marry within their refugee community. His study also found that the Roman government gave money to the communities where the refugees settled in. This enabled the cities to build new public infrastructures, such as buildings and aqueducts, to help with the influx of new residents.

Indonesia's Mount Agung: Will It Erupt? (1)