Neanderthals: Quite The Artists!

Around 70,000 years ago, our ancestors - the Homo sapiens emerged, slowly spreading and forming the first civilizations of human history.

While humans today are descendants of Homo sapiens, part of our genealogy also traces back to another species, the Neanderthals. The Neanderthals are known today for their brawn over brains. So, it was natural for people, even scientists, to debate whether the Neanderthals had the brainpower to think and develop new skills.

But recently analyzed cave paintings in Spain tell us a different story. The black and red stencil markings, geometric shapes, handprints and a rough outline of animals, may very well have been the handiwork of Neanderthal cave dwellers. 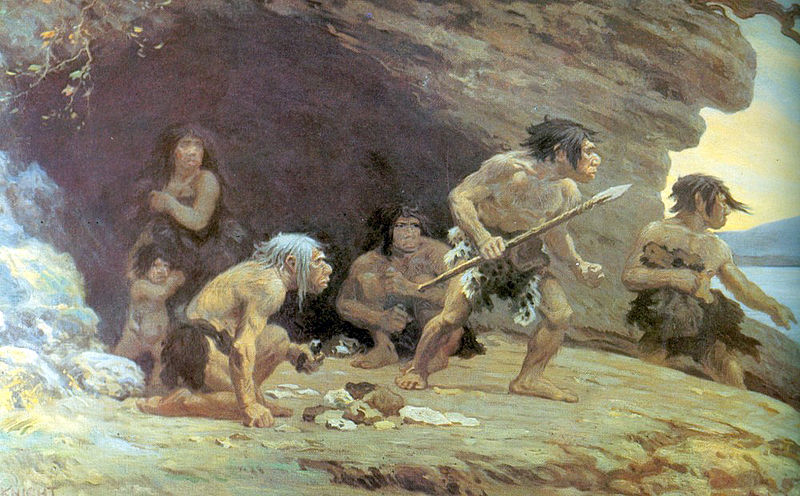 Even though they are extinct, Neanderthals (or Homo neanderthalensis) are the closest cousins to Homo sapiens. They evolved in Europe and Asia, and shared a common ancestor with Homo sapiens.

Neanderthals lived from 400,000 years to 40,000 years ago. No one knows exactly why they went extinct, but scientists theorize that it was either caused by climate change or interactions with Homo sapiens.

But both had pretty similar humanoid features. Neanderthals had a slightly different body structure from a modern human being. Because they mainly lived north, Neanderthals had developed a short and stocky body shape in order to deal with the cold. According to fossil evidence, they had broad shoulders and lot of muscle, predicted to maintain body heat. Also, Neanderthals usually had the big nose to warm and humidify the air they breathe in.

Cave Art: How Do We Know? 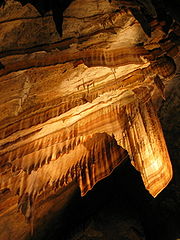 Now, how did scientists figure out that the Neanderthals painted these cave paintings and not Homo sapiens? At first, scientists used radiocarbon dating to estimate the age of the paintings. Every organic compound has a certain amount of carbon-14 (a specific isotope of carbon) in it, and over time, this carbon-14 decays. How much carbon remains after a certain amount of decaying time can give us an estimated age of the object.

However, radiocarbon dating is not very efficient for objects over 50,000 years old, and the paints used in the caves did not always have carbon. So scientists turned to another method to measure the painting’s age - they used flowstones.

When water seeps into caves and flows along the walls, minerals that were dissolved in the water are deposited, layer upon layer. Over time, the layers of minerals can form “sheets” or “curtains” hanging from the ceiling or can be embedded in the cave rocks. The flowstone contains uranium, which over time decays into thorium. The more thorium the flowstone has, the older the rocks.

Scientists took very tiny samples from the flintstones that are embedded into the cave paintings, making sure not to damage the painting. The sample was then tested for the amount of uranium and thorium remaining. By repeating the process several times in several caves as well, scientists have discovered that some of the paintings were over 64,000 years old. That was over 20,000 years before the first Homo sapiens set foot in Europe. Who else would have made these paintings then? Why, the Neanderthals, of course!

Did An Extinct Species Help Tibetans? (7)