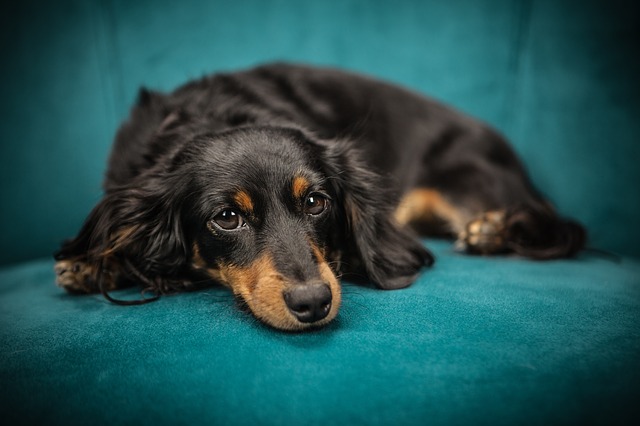 Anyone who owns a dog knows how those puppy eyes can get you off the couch to take them for a walk, or give them a treat!

A new study shows that dogs, in fact, evolved these adorable expressions to appeal to humans.

This endeared them to their owners and as dogs became domesticated, their behavior and features started diverging from their ancestors, the wolves.

Did humans play a part in the dog's evolution? A recent study says we might have.

From Wolves to Dogs

Dogs are known to have evolved from wolves. Since wolves live and hunt in the wild they have longer snouts, thinner jaws and spaced out teeth. However, when dogs came to live with humans, they lost their ability to live in the wild and began to depend on humans. They adapted and developed shorter snouts, wider jaws, and crowded teeth.

Dogs are pack animals. They bond and interact with other dogs and humans. Dogs are also known to be den animals as they are comfortable relaxing in enclosed areas such as a crate.

Dogs were probably the first animals to be domesticated by humans. In the early days when man lived in forests and hunted for food, dogs were a hunting partner because of their keen sense of smell. Over time, when man settled down and began to farm, dogs helped humans with many chores such as herding cattle. When he invented sleds and other mechanisms of transportation, dogs would pull them. In recent times, dogs act as human companions, household pets, service and guide dogs and police dogs. 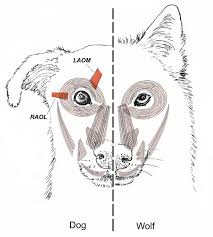 They found that a muscle that causes the inner eyebrows to rise up was present in dogs but missing in wolves. This muscle causes dogs' eyes to appear bigger and more baby-like which would have endeared them to their masters.

Science tells us that when mothers gaze at their babies, their bodies release oxytocin - a love hormone, that causes them to bond with their infants. Researchers suggest that early men might have favored dogs with these facial features. As a result, humans might have played a part in the evolution of dogs by unconsciously selecting animals that would pass on this gene to their descendants. This is known as "domestication syndrome" and could be the reason for other features such as floppy ears and curly tails as well!

So the next time you look into those puppy eyes, you know what makes them steal your hearts!

Dogs And Us: A Special Relationship! (2)