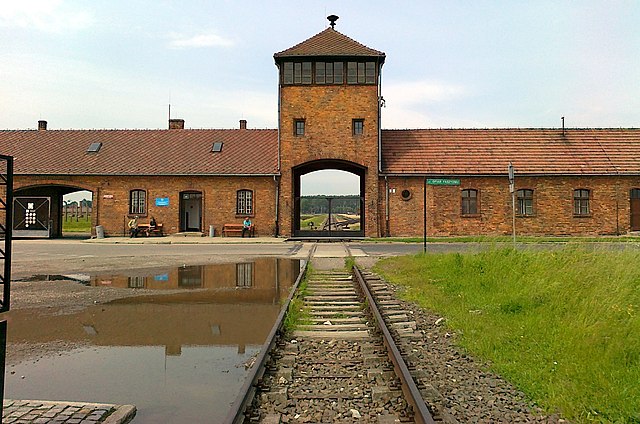 A replica of the metal sign stands 75 years later as Holocaust survivors gathered to commemorate the anniversary of the camp’s liberation on January 27, 2020.

We look at the history of this camp, that to this day serves as a reminder of the worst of humanity. Don't miss our interview with a Holocaust survivor here (Part 1, Part 2).

The Rise of Auschwitz

In 1933, Germany was amid economic decline and political unrest.

The Germans sought a stronger government that could bring them out of poverty. This came in the form of the Nazis, a political group that transformed Germany into a totalitarian state, where everything was controlled by the government. Led by Adolf Hitler, the Nazis believed that Jews were to blame for Germany’s economic and political troubles and that all people who were not of the Aryan race should be eradicated from Germany. The Nazis’ persecution of Jews is known as the Holocaust.

The Nazis set up concentration and death camps to carry out the “Final Solution," which was mass extermination of Jews from Germany. At Auschwitz, a camp in Southern Poland, prisoners had to do hard tasks such as breaking buildings with their hands or building barracks. Prisoners endured starvation, disease, and beatings. German physicians tested on children to see how they could withstand starvation, freezing, disease, amputation, and torture.

From 1943 to 1944, 6,000 Jews deemed “unworthy of life” were gassed each day. Prisoners were put into a room expecting to take a shower, but instead of water, lethal gas was released.

A Message For Us All 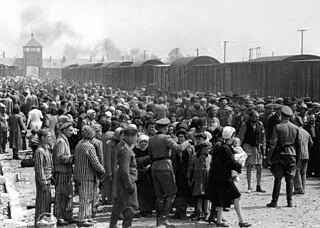 In January of 1945, Germany was losing the war so Nazi soldiers took 60,000 prisoners on a death march to the Polish towns of Gliwice and Wodzislaw. When the Soviet troops arrived at Auschwitz on January 27, only approximately 7,600 prisoners were left.

Seventy-five years later, Holocaust survivors and international leaders gathered at Auschwitz to remember the 1.1 million people who died there. Presidents Reuven Rivlin of Israel and Andrzej Duda of Poland laid wreaths at the camp and in Paris, President Emmanuel Macron of France spoke at a ceremony to honor the 77,000 Jews that were deported from France.

More than 200 Holocaust survivors traveled to Auschwitz, wearing blue and white scarves to remember the blue and white striped uniforms they wore as prisoners. This may be the last time such a large group of survivors can attend the anniversary of Auschwitz's liberation.

Through the messages and life experiences of these survivors, future generations can learn from the past and ensure that the atrocities committed at Auschwitz will never happen again.