What Was The Armenian Genocide? 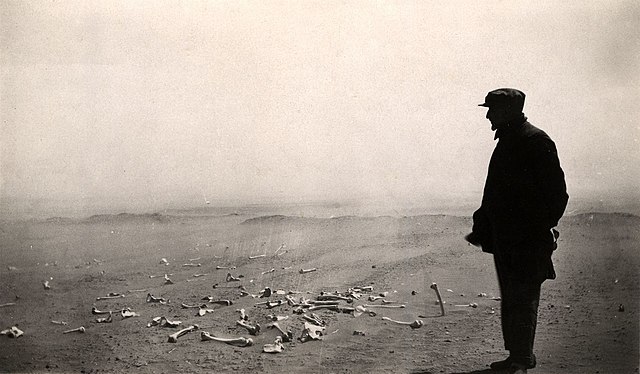 April 24th of 1915 marked the start of the massacre of over 1.5 million Armenians by Turkey during World War I.

It was not until over a century later, on Saturday, May 1, 2021, that the U.S formally recognized the mass murder as a “genocide”.

President Biden is the first U.S leader to recognize the event. Previous administrations had avoided making a formal declaration out of fear of worsening relations with Turkey, an important ally in the Middle East.

The statement comes as part of a campaign promise that Biden made a year ago on the annual commemoration day of the genocide to recognize the event.

Genocide is a term that refers to the deliberate killing of a group of people because of their race, ethnicity, nationality, or political affiliation.

The term was first coined in 1944 and later designated a crime under international law by the United Nations in 1948. Although there was disagreement over the usage of the term, cases of mass killings in Cambodia, Rwanda, and Yugoslavia were all prosecuted by special courts as genocides.

The Armenian Genocide stemmed from violence against ethnic Armenians centuries ago. During the 15th century, the small landlocked country of Armenia was absorbed into the Ottoman Empire (what is now present-day Turkey). For centuries, the primarily Christian Armenians were separated by the Muslim Turks, creating resentment towards the minority Armenians.

To prevent Armenia from aiding Russia, the Ottomans deported Armenians in masses - leading to the deaths of over 1.5 million Armenians from starvation, Ottoman soldiers, and the police. The resentment stemming from historical religious differences also contributed to the mass violence. The approximately 500,000 Armenians that survived fled to Russia and the United States to escape the bloodshed.

Effects of Recognizing the Genocide

For decades since the war, Turkey has denied the usage of the term “genocide” to describe the mass killings - claiming that the actions of the Ottomans were “necessary measures” against the Armenians, who they asserted were traitors.

Due to Turkey’s longstanding denial and fear that already strained ties with Turkey would become even more tense, many US presidents avoided using the term “genocide” to describe the 1915 event. It is for this reason that President Biden’s proclamation is even more significant.

Immediately following the announcement, Turkish officials released a statement continuing to deny the usage of the term and “completely rejected” Biden’s statement. Although US relations with Turkey continue to be strained, Biden and Turkish President Recep Tayyip Erdogan agreed to hold a meeting during the next NATO summit in June.

However, outside of Turkey, the statement was received with applause by many, especially by Armenians and Armenian-Americans who had been calling for the US to formally recognize the genocide for years.