A Color Inspired By A Spider 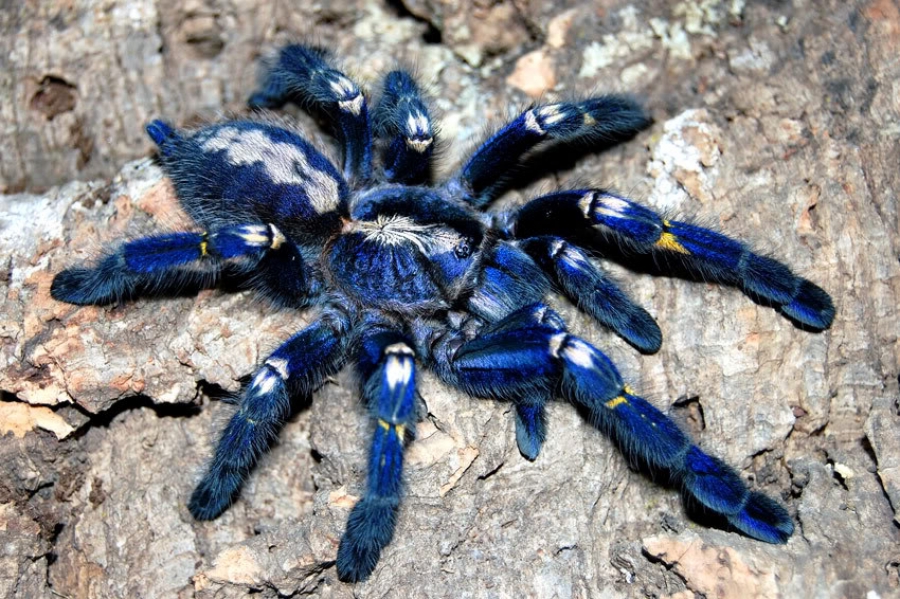 Many of us are disgusted by spiders, or even afraid of them. We don’t like to touch them or go near them, and if we see one in our house, it better watch out.

But, did you know that a spider’s natural color may inspire a new shade of blue textiles, and offer a solution to glares on the screen of your phone when you’re out in the sun?

This color is a shade of blue, inspired by the cobalt blue tarantula-- a species of spider that is native to the tropical rainforests of southeast Asia. Scientists observed that the spider's color did not change at all, even when viewed from different angles.

A team of scientists, led by Bill Hsiung from the University of Akron in Ohio, have been studying tarantulas for some time. Blue is a rare color in the animal kingdom and is found in peacocks, blue jays, and butterflies (read our earlier article on Youngzine here).

So, the researchers set out to find the exact nature of this blue. They found that the exoskeleton (outer body) of the tarantula is covered by microscopic, crystalline structures which are the same size as the wavelength of light. These nanostructures act as a mirror and when light strikes them, they reflect only one particular wavelength of light-- blue. This kind of pigmentation is referred to as "structural color."

Usually, when colors are viewed from different angles, they appear different because of how light is reflected. This is because of a phenomenon known as iridescence. However, the blue color produced by tarantulas appears the same from all angles. We now know why - the tiny crystals on the tarantula's body are arranged in a flower-like shape, which reduces iridescence. Scientists have known about structural colors for a while, but they have not seen them used for coloration.

Biomimicry is the study of nature, its models, systems, and processes, and using that to design solutions to human problems.

With a clearer understanding of how "structural colors" work, scientists can now create a similar pigment to the tarantula blue to dye textiles and other products. The dyes used today to color clothes, hair, and other products can fade away or turns into a completely different color. Also, the pigments in these dye products are toxic.

Scientists also believe that by creating a flower-like arrangement of nanocrystals, they can reduce iridescence in wide-angle televisions and reduce glare on screens. To test their theory, they used computer simulations and 3-D printing to create models that mimicked the flower shape of the nanostructures found on the tarantula's body. And sure enough, they were able to increase the viewing angle to 160 degrees!

Watch out for the tarantula blue - a color that may soon take the fashion industry by storm!

wow i never knew spiders were that cool

This is really interesting! I LOVE spiders. And this one looks awesome!