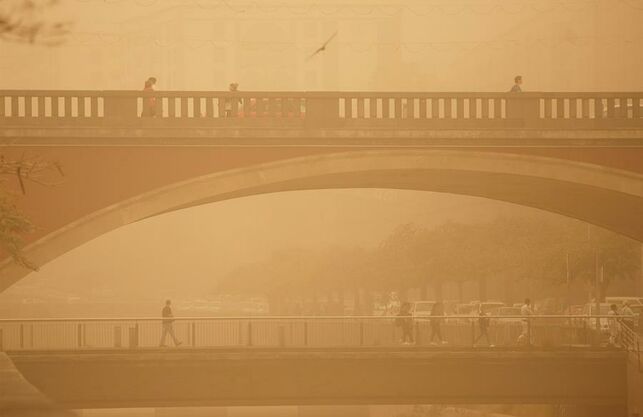 Imagine you are on vacation. You step out of your hotel and expect to see a tropical paradise filled with pristine beaches and clear water. Instead, you are greeted by an “apocalyptic” orange sky and sand flying at dangerous speeds.

On February 23, 2020, the Canary Islands were hit by an intense sandstorm that brought record-breaking winds and temperatures.

The sandstorms reduced visibility, forced residents to stay indoors, shut down schools, and led to flight cancelations. Let’s look at what this weather phenomenon is and its impact. 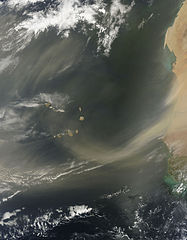 Calima, a Spanish word for haze, is a dust storm that originates in the deserts of Africa.

Much of North Africa, as we know, is covered by the Sahara Desert. When winds whip up the sand, the particles rise up into the upper layers of the atmosphere. Known as the Saharan Air Layer (SAL), this hot and dry dust layer hovers above the denser, humid layer of the atmosphere that is immediately above the Atlantic Ocean.

The SAL is carried westwards over the Atlantic Ocean and can reach as far as Central and South America. When the SAL passes over the Canary Islands (part of Spain) which lie 67 miles to the northwest of Africa, the weather phenomenon is known as calima.

The Impact Of Calima

The immediate impact of calima on the Canary Islands is hot, windy and dusty weather conditions that reduce visibility. The dust can be dangerous for people with respiratory conditions, especially children and the elderly.

Hot winds can dry out plants and fuel wildfires. Sandstorms damage crops by coating them with a fine layer of dust, as well as contaminate freshwater sources.

Scientists are monitoring the Saharan Air Layer to understand how climate change is likely to impact it. Fortunately for the Canary Islands, rain showers have washed out the dust and put out the wildfires for now.