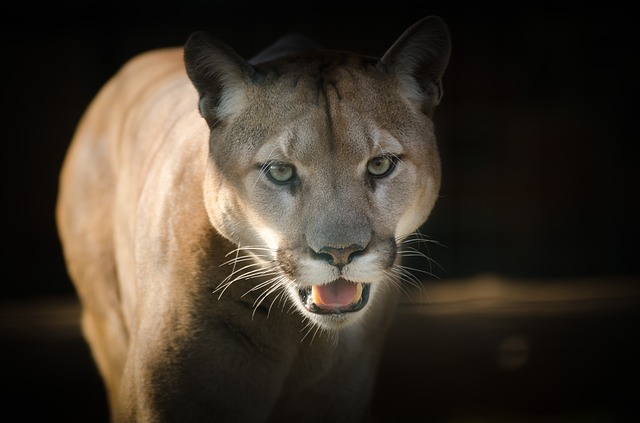 Kyle Burgess was running on a trail when he saw what looked like four bobcat kittens.

Just as he took out his camera to videotape them, he spotted a much larger animal coming out of the brush on the side of the trail. It was the mother mountain lion!

Burgess had no experience or knowledge of dealing with wild animals, but he remembered hearing once that the way to scare off mountain lions is by making yourself bigger. As he slowly backed away from the animal, he growled and yelled loudly. The cougar followed him for six minutes until Burgess felt safe enough to quickly pick up a rock and throw it at her, finally getting the lion to back down.

He captured the 6-minute encounter and uploaded it to YouTube where it has garnered nearly 5 million views so far! Let's take a look at why animals attack and what you should do if you are caught in this situation on a hike.

Why Do Animals Attack? 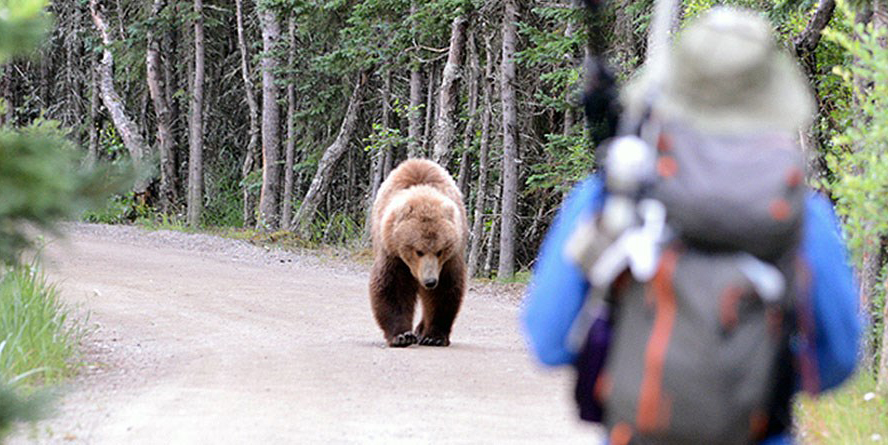 Wild animals attack people because humans invade their habitat and they feel threatened. Sometimes, even docile animals such as deer and elk might attack during mating season when they are protecting their young.

In this situation with the mountain lion, the mother cougar was protecting her cubs. Mountain lions generally don’t approach people unless they feel threatened. Wildlife experts say that when the mountain lion lunged at Burgess, she was “bluff-charging.” Usually animals like grizzly bears and moose bluff-charge, which is a way of pretending to attack the person in an attempt to scare them away.

What Should You Do If You Encounter a Wild Animal?

Professionals say if you run into a mountain lion, back away slowly and talk loudly, preferably in a deep voice. Raise your arms to appear bigger and never turn and run. In the rare event that a mountain lion attacks you, the best thing to do is fight back. Burgess noticed that maintaining eye contact with the mountain lion stopped her from running at him.

Different animals require different strategies. With coyotes, wolves, and bobcats, stand tall and yell loudly. Maintain eye contact with bobcats, don’t with wolves, and do if a coyote is by itself but not if it’s in a pack. If you encounter coyotes or wolves, try to sneak away before they see you.

Bears are a bit more complicated. Back away slowly before it sees you, but if it sees you, talk quietly and calmly. If the bear charges at you, spray it with bear spray and play dead if it gets too close, protecting your neck and face. If a bear is stalking you, walk in a wide zigzag pattern, make lots of noise, and wave your arms.

If you see a snake, stay far away from it and back up quietly. For elk and deer, run away. If a moose appears agitated, give it some space, but run if it charges.

Animal encounters in the wild are rare, but you should take precautions by researching trails and animals before going hiking. It is great to spend time in nature, so make sure to stay safe while you are out there!