Devastating Fires In The Amazon And Siberia 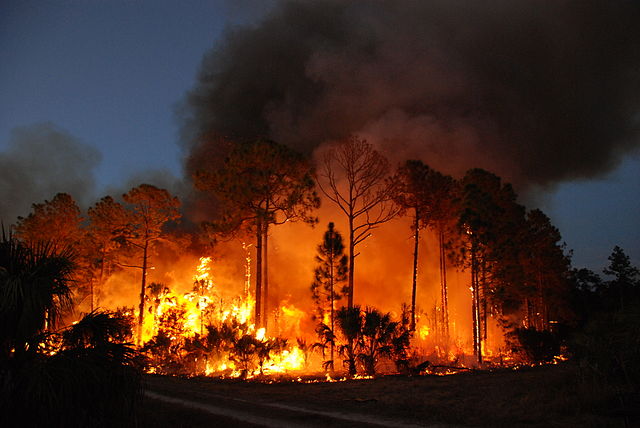 For many weeks, devastating fires have raged in both regions, destroying acres of land and adding to the effects of climate change.

Home to natural wonders such as the Ural Mountains and Lake Baikal, Siberia is one of the coldest places on Earth with temperatures as low as -70 degrees Fahrenheit.

However, Siberia also undergoes bouts of heat every year. As climate change warms the Earth, the Arctic has heated up at more than twice the globally averaged rate. But for the first time, this heatwave has led to damaging fires that have ravaged the land.

These fires have destroyed more than just large plots of land. They are also causing sea ice to disappear, and in June, sea ice declined nearly by 64,000 square kilometers each day. Data also shows that the fires this year are producing significantly more greenhouse gas emissions than in 2019, which held the previous record for the highest emissions ever. Melting sea ice and higher greenhouse gas emissions can both have damaging effects on the Earth’s climate.

Let’s take a look much further south, where a similar phenomenon is occurring in the Amazon rainforest.

Fires in the Amazon

Throughout the summer, fires have spread in the Amazon region. These fires have been caused by loggers who made their way through the rainforest and bulldozed several trees at will. They then set fires to clear the land for agriculture, a successful and rapidly expanding Brazilian industry. And due to COVID-19, the government cannot control arson inside the country, leading to an increase of arson-caused fires.

The Amazon is home to one million indigenous people, more than two million species, and rich biodiversity -- all of which are at risk due to the fires. This year, the fires are at a 13-year-high and have risen more than 20%. They are even worse than the 2019 fires, which were so unbearable that citizens of Brazil protested against their government.

Experts predict that more than ten times the area of New York could be destroyed in the resulting events, with catastrophic consequences.

While the fires endanger Amazon’s ecosystems, they also pose a threat to coronavirus patients in Brazil. The country has the second-highest death toll after the United States. Smoke levels from the Amazon could have a debilitating impact on coronavirus patients, who will be breathing the same air, putting their lungs at risk.

Climate change is the primary cause of these fires, and it will continue to harm different parts of the world unless urgent action is taken. Authorities and inhabitants in both the Amazon and Siberia have a dangerous few months ahead.