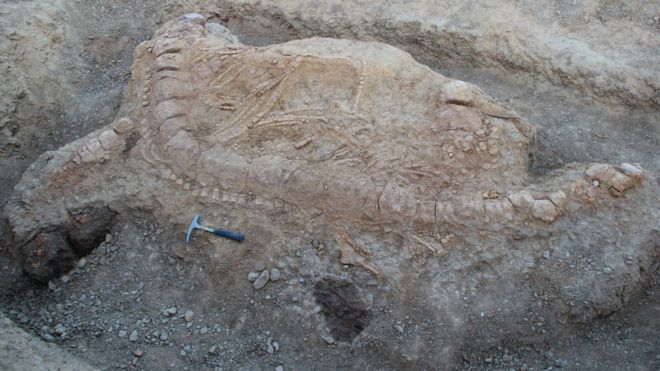 The age of dinosaurs brought along many unique species of reptiles-- such as the carnivorous T-rex, the small and smart Troodon, the three-horned Triceratops, the giant Diplodocus, and many more.

While dinosaurs disappeared from our planet around 65 million years ago, their preserved remains are still being discovered buried deep under our Earth’s surface.

Recently two new discoveries were made, of a massive sea monster and a dinosaur found to have a bandit mask pattern. 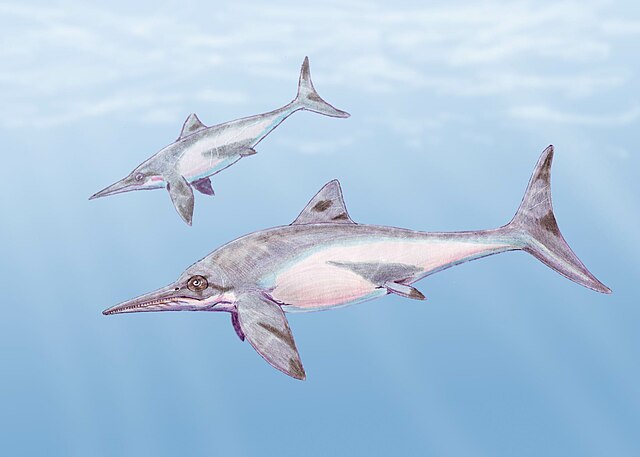 Back in 2016, paleontologists had accidentally discovered a bunch of bones in a small village in northwest India. After over 1,500 hours of unearthing the bones, they uncovered a nearly complete set of bones of a marine reptile, which were recently revealed to the public.

Known as an ichthyosaur, this marine reptile co-existed with dinosaurs. The ichthyosaur had noticeable body traits such as huge eyes, narrow jawbone, and cone-shaped teeth. The Indian ichthyosaurs are believed to have lived over 150 million years ago, around the Jurassic time period. They fed on hard-shelled fish and mollusks, using their sharp teeth.

This skeleton, in particular, indicates that there had to be water somewhere around this village millions of years ago. In fact, this fossil is the first of its kind to be discovered in areas other than North America and Europe where the species is normally found.

Meanwhile, in north-eastern China, fossils of another dinosaur known as the Sinosauropteryx have been unearthed. Sinosauropteryx, said to have lived around 120 million years ago, was a small feathered dinosaur with a long tail and short arms.

Recently, by using special filters to reduce glare from artificial light, scientists have discovered light and dark color patterns on the feathers of this dinosaur. They found out that the top of the dinosaur was darker in color than the stomach. Such “counter-shading” patterns make the animal appear as a two-dimensional shape to confuse its predators.

Scientists have also concluded that the colors form a bandit mask pattern, similar to the faces of a raccoon or a badger. According to Fiann Smithwick, the lead author of the study, the eye pattern may have evolved to reduce glare from staring into sunny areas-- the same reason that athletes paint their eyes black.