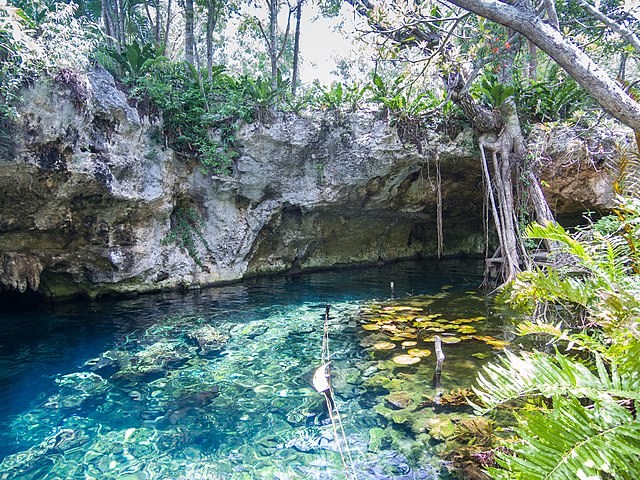 An underwater cave filled with ancient treasures sounds like something out of an adventure movie, right?

It’s hard to believe that we have just discovered one! And this cave isn’t just any run of the mill nook, it is the largest underwater cave recorded on Earth! This discovery paves new paths for scientists today in ecology and archaeology.

The cave was discovered by the Great Maya Aquifer Projects team - GAM for short. The explorers were traveling the waters of the Sac Actun and Dos Ojos systems in Mexico's Yucatan peninsula. While swimming through them, they discovered that the two cave system were in fact connected. They named it Sac Actun because according to caving rules, when combining a cave, the largest cave takes on the smallest.

The largest underwater cave before this new discovery was the 168-mile (270 kilometers) Ox Bel Ha in Mexico.

Technically Sac Actun is a cenote (pronounced say-no-tay) which is a natural sinkhole. Sinkholes form when the ground underneath the surface gives way.

This could happen for several reasons: when the soil gets saturated with water and becomes too heavy, it collapses crushing the voids (gaps) in between. These are called young or mature cenotes. However, sometimes, acidic water can eat away layers of underground soil, creating caves. These are known a 'solution caverns' which is what happened in the Yucatan peninsula.

Millions of years ago, the peninsula was a giant coral reef under several feet of water. As the water receded during the Ice Age, the coral reef was exposed to the surface and died. These limestone reefs were covered by jungles. However, over time, as rainwater percolated below the soil, it began dissolving the limestone and created hollow caves below the surface. These caves contain amazing stalactite and stalagmite formations.

A Source Of Water 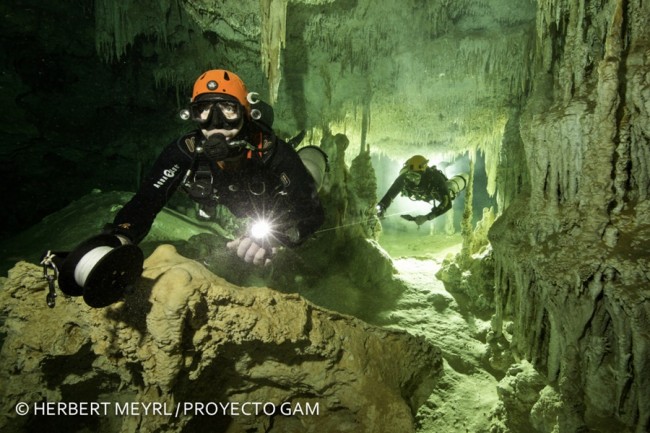 Cenotes are a precious source of freshwater, and sustain a diverse ecosystem. The waters in these aquifers are pure, which means no bacteria can grow there.

For the Maya, these caves were an extremely important source of water and they revered them. They believed the cenotes to be spiritual portals and they threw in offerings such as pots and carvings (and sometimes even human or animal sacrifices) to please their gods. The remains of animals such as jaguars, camels, mammoths, and sloths have been found in these caves as well.

Right now, the team is trying to find more connections throughout the underwater cave systems. They hope to connect Sac Actun to three other caves nearby. But the beauty of the cave isn’t only for scientists and researchers. Nowadays, there are multiple diving tours that take you out the different parts of the Sac Actun. Experienced guides lead the way for tourists and show off the magnificent cave and the thriving ecosystems.

But don’t try swimming through the entire cave -- it will be a very long journey!

I bet that there's a lot of things down there