When It Rains Iguanas... 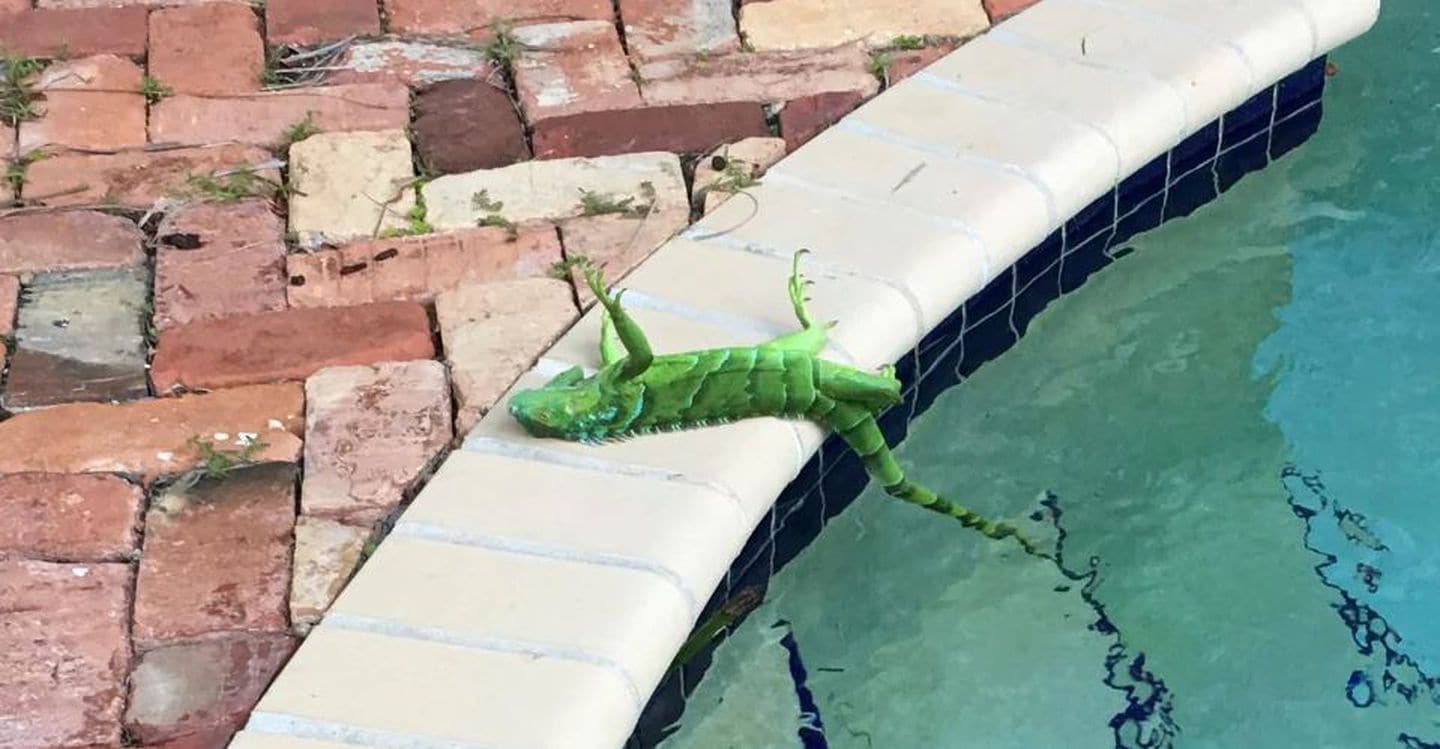 You may have heard of the phrase -- it’s raining cats and dogs, but what if you were told it will be raining iguanas?

Believe it or not, falling iguanas were recently forecast in Florida!  It turns out that when temperatures go below the 30s and 40s, these cold-blooded animals become lethargic and fall from their resting spots in the trees.

It’s not an uncommon sight for residents of Florida to find lizards frozen and scattered around the streets and in their backyards. Once the temperature rises, the lizards will return to their lives in the trees.

Wild iguanas, which are native to the rainforests of Central America and South America, are the largest lizards in the Americas.

They are excellent swimmers as well as tree climbers. These herbivorous reptiles consume a wide variety of leaves and fruit, but they can also eat a small amount of meat. They also have a parietal eye, which is like a third eye found in certain fish, frogs, and reptiles. This eye can detect changes in lights, especially ultraviolet.

When faced with predators, iguanas will either flee into water or display the dewlap, or flap of skin under their neck, to intimidate predators. They can fight with their teeth and claws, and if they are caught, they can detach their tails! Don’t worry, their tails will regrow.

As for why they freeze and fall from trees, the iguanas’ blood does not move as quickly in low temperatures. That freezes their movement, and because they rest in the canopies of trees, they fall from tall heights, and you get raining iguanas! 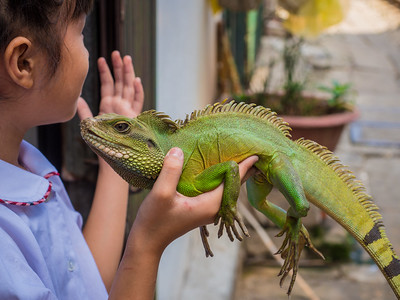 The iguanas in Florida are actually an invasive species. Some sneaked in with cargo from South America while others were released from the pet trade. Not only do they endanger the native flora, but they also can damage infrastructure by burying tunnels under homes.

Iguanas are considered exotic pets; however, they can be difficult to take care of. They need to be kept in temperatures of 75 to 95 degrees and in ultraviolet light. Iguanas are also quite aggressive, but they can also be trained like other pets.

Did you know that iguanas are also known as the “chicken of the trees?” Iguana meat is a delicacy in Central America, with dishes such as tacos, burritos, and stews. In fact, the Florida Wildlife Agency has encouraged people to consume iguana to control the iguana population.

After the recent iguana rainfall, many iguanas have been collected by trappers for selling or cooking. Expect iguana meat on the barbeque!

How Deadly Is A Tarantula? (3)

Leaping Lizards! So Much To Learn (10)