Why Seabirds Snack On Plastic 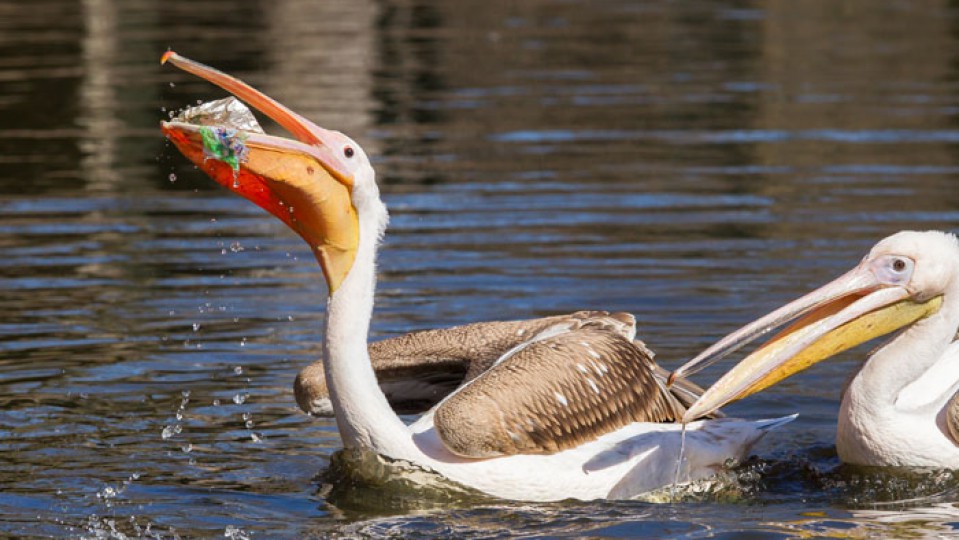 Did you know that dead seabirds are often found with pieces of plastic in their stomachs clogging their digestive systems?

But why do birds eat plastic? Well, looks like we finally have an answer. According to a recent study, plastic gives off a distinctive smell that gets birds in a mood to eat.

Let's look at how plastics end up in our world's oceans and how they trick the unsuspecting birds.

Plastics are chemically created polymers made of oil. Polymers are long chains of the same molecule bonded over and over with itself.  These molecules contain carbon bonded with other atoms such as hydrogen, sulfur, or nitrogen. This structure makes plastic durable and lightweight, and as a result, plastics are found in almost everything we use today.

However, as useful as it is, plastic is a huge cause of pollution in our world. Each year, tons of littered plastic and plastic in landfills is swept into sewer pipes and waterways that head toward the ocean. As it travels, the sun breaks the plastic down into smaller and smaller pieces, creating microplastics-- fragments of the original plastic that are about five millimeters wide.

Since plastic is not biodegradable, it stays as microplastics and over time, joins the patches of swirling garbage in our oceans. Though there is already trillions of pounds of plastic in our oceans, the number is still growing exponentially. One harmful result of plastic pollution is that it endangers wildlife.

Scientists from the University of California created an experiment by filling mesh bags with three different types of plastic beads. The first beads were made of high density polyethylene (HDPE), the second low-density polyethylene (LDPE) and the third polypropylene. The mesh bags were then placed in the ocean and tied to a buoy, to ensure they would not float away.  A month later the scientists collected and inspected the bags.

The end result? All three types of plastics reeked of the chemical dimethyl sulfide (DMS), the same chemicals that guide the birds while they hunt for prey. In nature, DMS is given off by algae as a defense mechanism. When algae are broken down by krill (tiny fish), they give out this odor to attract the seabirds which in turn would eat the krill. The smell given out by plastic throws birds off, making them mistake plastic for food. Research shows that other animals such as fish and sea turtles also use chemicals as cues for feeding.

Your Plastic Bottles, My Future (16)

A Floating Island Of Garbage (43)