An Asteroid That's Out Of This World! 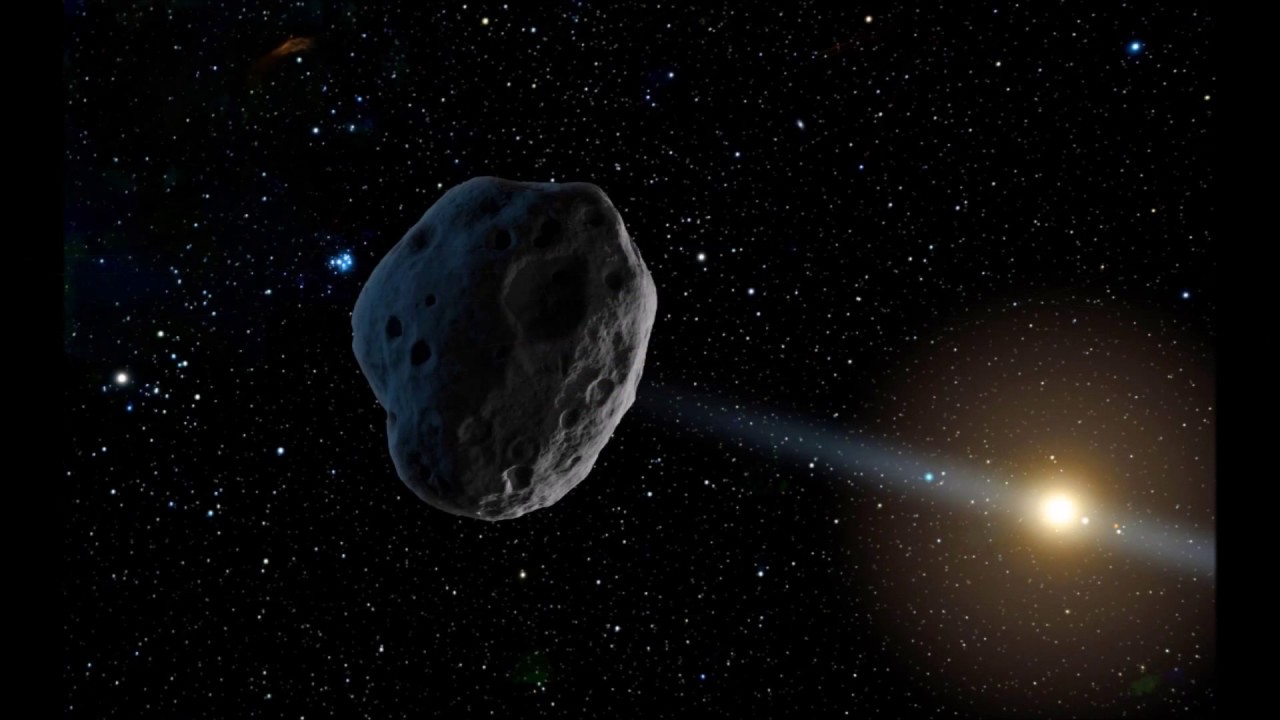 There’s a new asteroid in town, and it’s out of this world -- literally! Could it be the first ever asteroid from another solar system?

Last month, an object named A/2017 U1, or just U1 for short, was spotted by the Pan-STARRS 1 telescope in Hawaii. It was closest to the Sun on September 9 and closest to the Earth on October 14.

U1 might sound like the name of a droid from Star Wars, but scientists have some other theories about U1 and where it came from!

The Story of U1

The object was first mistaken to be a comet, but after closer inspection, researchers noticed that it did not have a coma, a comet’s signature fuzzy tail. This meant that it was actually an asteroid.

Asteroids are flying projectiles, made out of rock, metal, and ice. They are believed to be the leftover materials from the formation of our solar system-- too big to be debris, but too small to be planets. They usually live in the Asterid belt, a ring of asteroids between Jupiter and Mars. The belt contains billions (maybe even trillions) of asteroids. But that’s not where scientists think this new asteroid came from. 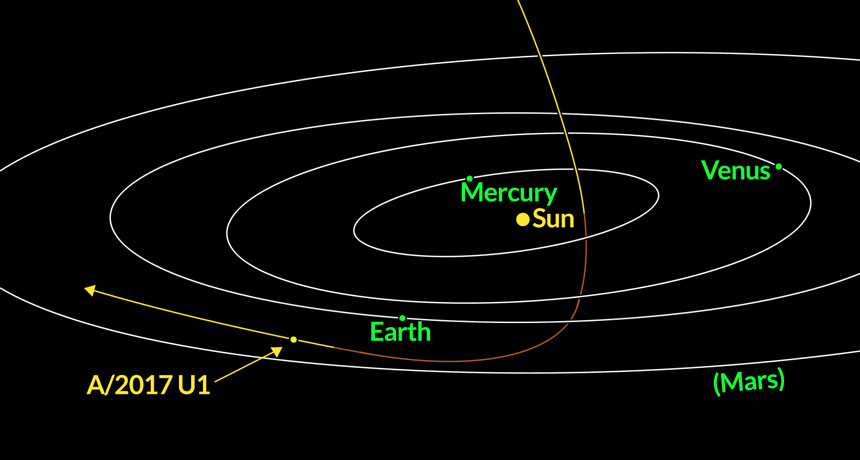 So, What Made U1 Stand Out?

It was actually the movement that tipped scientists off. The asteroid was traveling in a hyperbolic orbit, which means it was traveling in a pattern that would allow it to escape the gravitational force of an object (in this case, Earth’s). This path was taking it out of the solar system.

The only plausible way an asteroid would leave a solar system is if it collides with something big - like a gas giant. However, there is no history of any sort of collision between U1 and a planet in our solar system. This suggests that the planet that U1 collided with resides in another solar system.

But wait, there’s more evidence! If U1’s hyperbolic orbit wasn’t enough to clue scientists in, the asteroid’s speed was also a huge sign. It was moving way too fast for an asteroid with no history of collision in our solar system. Coincidence? Very unlikely. In fact, scientists are almost completely sure that U1 isn’t from our solar system. They just need more concrete data to cement the theory.

But why is U1 such a big deal? Well, it is the first real asteroid from another solar system. Before U1 was spotted, scientists only theorized about interstellar asteroids and comets, but now we have proof that such objects can travel through solar systems. We can also better prepare for the next time a foreign, interstellar object enters our solar system. And who knows, it could also prepare us for any interstellar alien visitors...