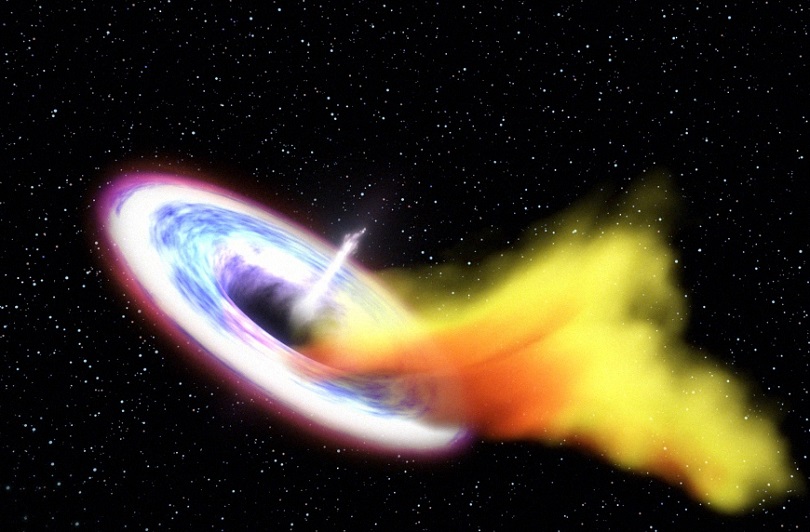 Our universe is fascinating, with a gazillion stars, planets, and other debris floating around in space. In fact, quite a few discoveries have been made about these space matter.

But recently, astronomers have found something amazing -- a black hole, notorious for its ability to “suck” in stars and gases, was caught burping twice!

Scientists have already known that black holes burp out clouds of hydrogen gas, but usually only once in a long while. Now, they have found a distant black hole that burped twice in a row in a relatively short period of time. While that period of time is still quite a few hundred light-years, it is the first "double burp" to be captured.

What Are Black Holes?

First discovered in 1971, the term “black hole” was coined by American astronomer John Wheeler. But the theory of the black hole traces back to Albert Einstein’s theory of relativity.

Black holes are objects of very high density with a gravitational pull so strong that even light cannot escape them. The density of a black hole comes from the fact that there is a lot of mass squeezed into a very small space. Contrary to popular belief, black holes do not suck stuff up like a vacuum, but rather, objects fall into them due to gravity.

If you fall into a black hole, time will freeze, and the black hole’s gravity will pull you apart like spaghetti. If a star falls into a black hole, it will be torn apart immediately. However, on the bright side, black holes burp out clouds of gas, which can lead to the formation of new stars.

All black holes form from collapsing stars that have run out of fuel and can no longer give off light. There are three main kinds of black holes.

How Are Black Holes Detected? 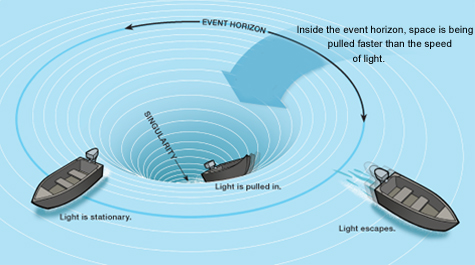 Since black holes are truly black and do not give off any light, you cannot really see a black hole with the naked eye, even with a telescope. In fact, all pictures of black holes are just illustrations - the black sphere drawn in the middle is the “event horizon”, the border beyond which nothing can escape.

Just in case you are wondering, our Sun will never become a black hole - it is too small of a star. And Earth is too far away from any other black hole to fall into. So no worries, you are safe from a black hole incident!

Im writing this comment before reading because, I LOVE SPACE so, i already know this is going to be AWESOME!