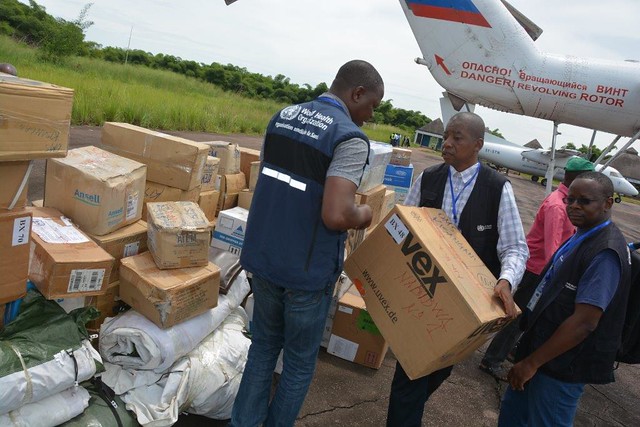 On July 17, the World Health Organization (WHO) released a statement categorizing the recent Ebola outbreak in the Democratic Republic of Congo in Africa as a “public health emergency of international concern”.

Congo has battled nine Ebola outbreaks before and has grown more experienced and efficient at containing it each time. The tenth epidemic was recognized nearly 11 months ago and was thought to be well handled due to a highly effective treatment.

However, the current epidemic has been Congo’s worst one yet. The virus had been contained to small areas in northern Congo but recently took a turn to provinces in the east, next to the neighboring countries of Rwanda and Uganda.

Unfortunately, these areas are torn by war and violence, and people in the area are distrustful of health workers. This has made it harder to contain the outbreak. Nearly 2,500 people have come into contact with Ebola since last year and the death toll is rising above 1,700.

Ebola: An Overview and Brief History

Ebola is a deadly virus that affects humans and primates. Belgian microbiologist Dr. Peter Piot discovered it near the Ebola River, its namesake.

It is unclear to scientists where the disease originates from, but there are speculations that bats spread the virus to fruits, apes, and humans. The disease spreads through bodily fluids of affected people such as blood and mucus or infected fruit. There is no licensed vaccine yet for the disease, so most victims are quarantined and treated with experimental drugs. WHO has been testing a vaccine since 2015 that is expected to be approved by the U.S. Food and Drug Administration (FDA).

Most major Ebola outbreaks have happened in central and west Africa. Regions affected by the virus have a death rate of 90%. Countries most affected by the disease include Guinea, Congo, Gabon, Uganda, and Sudan. The largest case happened about four years ago in West Africa, affecting almost 29,000 people and taking over 11,000 lives.

Patients who are diagnosed with Ebola initially experience soreness, weakness, and fever. Symptoms can become more extreme, such as vomiting, internal and external bleeding, and diarrhea. A person is deemed contagious from when early symptoms show until around 40 days after symptoms go away.

Five days after WHO declared the public health concern, Congo’s health minister Oly Ilunga resigned from his position over a disagreement with Congo’s president Felix Tshisekedi.

President Tshisekedi announced that he would handle the situation and has appointed a team of experts. Ilunga has been critical of the government's decision to use an experimental vaccine from Johnson & Johnson, saying it is not as effective as the current vaccine from Merck (which is at a danger of running out). The experimental vaccine is being supported by many organizations including the World Health Organization (WHO).

Many UN agencies are also flooding the area to help treat patients but people are resisting treatment in the name of tradition. Healthcare workers are being attacked and murdered and hospitals are being burned down. It is a waiting game to see whether the epidemic will be contained or a repeat of the disaster in West Africa a few years ago.