A New Way To Edit Our DNA

DNA: the building block of life, the very composition of every living thing, and the fabric of our very beings.

It determines who we are even before we are born, gives us our smiles, our personality, our health. But even a small mistake in our DNA can lead to disastrous consequences.

In an exciting new discovery, scientists may have found a way to cure these genetic disorders. Scientists have developed new gene-editing technology that can cut, add, and replace pieces of DNA that have been mutated.

Sometimes, when DNA in our body is being formed, the process goes wrong.

This leads to a “mutation,” or defect, in our DNA. For example, imagine that there was supposed to be a protein A in a certain area of a DNA sequence, however, for some reason, the protein A is forgotten and a different protein ends up in its place, or two protein A are added, instead of one. Either one of these situations would lead to a mutation.

You might associate a mutation with a superhero. Some comic book characters, like Wolverine from X-men, are said to have gotten their powers from a mutation.

Not all mutations create superheroes, though. In fact, some mutations can lead to diseases and other health problems. Sickle cell anemia is a deadly disease, one for which a consistent, affordable treatment does not exist. This particular mutation deforms red blood cells, causing the cells to be unable to transport oxygen throughout the body. This causes fatigue, pain, and even death. 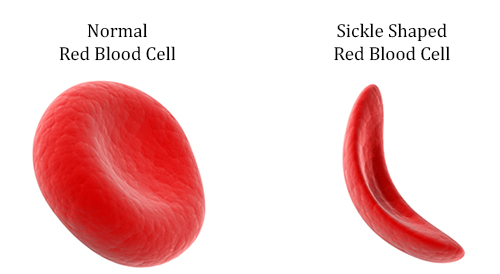 A process called CRISPR-Cas9 uses a combination of 2 types of RNA (RiboNucleic Acid) and a special protein that can edit genes. This protein was discovered first in bacteria, which used the mechanism to fix its own DNA sequences that had been infected by a virus.

Scientists realized that CRISPR could be used to fix mutated human DNA too. For example, CRISPR-Cas9 could enable dormant genes that actually fix the sickle cell mutation. So how does it work, exactly? CRISPR is able to perform extremely accurate DNA surgery to cut out bad pieces of DNA and insert DNA segments.

However, cutting DNA has its risks as errors can be mistakenly introduced. Scientists have developed an even more precise approach that can actually replace a specific DNA protein -- A, T, C or G, in-place! If you think of CRISPR as molecular scissors, the new base editing technique can be compared to an eraser and a pencil, whereby a protein can be erased and replaced.

If scientists and engineers can perfect this technology, we could potentially fix all genetic disorders, from Alzheimer's to Hemophilia, and even more!