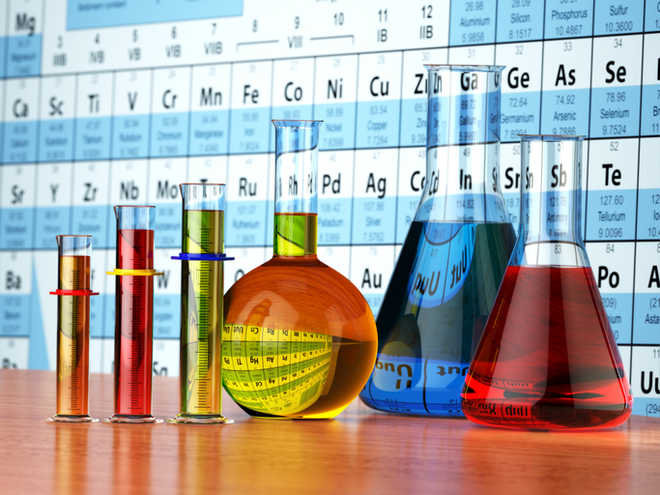 Do you have a periodic table hanging in your classroom? The periodic table is one of the most important tools in science and is used all over the world in classrooms and laboratories.

Five years ago, the oldest periodic table was found in a university in Britain and is now being kept at the university in a safe condition. Additionally, last week, the European Chemical Society came up with an updated version of the periodic table.

History of the Periodic Table

In 1861, Dmitri Mendeleev, a Russian scientist, created the first periodic table. He organized the various elements in a table by each element’s atomic mass. 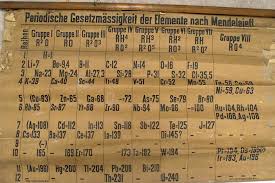 He also arranged the elements in rows and columns based on each element’s chemical and physical properties. The organization of the elements in the periodic table showed the similarity between different elements. Mendeleev also left spaces in his table because he thought that elements that have not yet been discovered might have to be added in the future when those discoveries are made.

The Discovery of the Oldest Periodic Table

In 2014, Dr. Alan Aitken discovered the oldest periodic table that dates back to 1885. Dr. Aitken found the chart in a storage room at the University of St Andrews in Britain.

The university’s financial records state that Thomas Purdie purchased the periodic table in 1888. When the paper was found, it was in a very fragile condition. It had creases and crumbles all over it. To preserve the chart, it went through conservation treatment, and it is now displayed at the university for future generations. 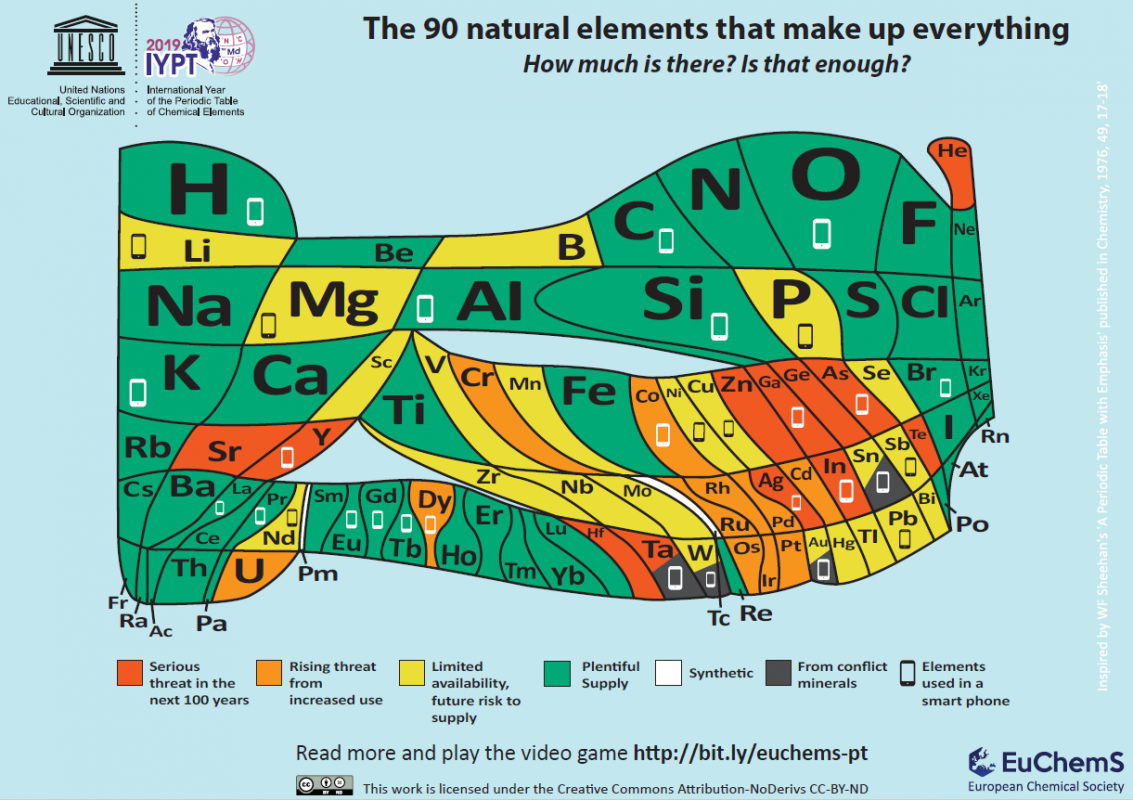 Last week, the European Chemical Society (EuChemS), which consists of more than 16,000 European chemists, released a new version of the periodic table. This new color-coded table is designed to show the abundance of each element on Earth as well as those that are at risk of disappearing.

Helium is an example of an element that is at risk. Balloons filled with helium are often released into the atmosphere. The helium gas from these balloons escapes our Earth's gravity and is lost to outer space forever. Helium is an important element and is used in scientific experiments and in medical applications such as MRI scanners.

Indium is another example of an element that is rapidly becoming scarce on Earth. Indium is a metal that is used to make the touch screens of smartphones and computers. If its demand from the manufacturing industry stays the same, scientists predict we have only twenty more years of indium left.

In fact, smartphones today use at least 30 different elements. The European Chemical Society hopes that the new periodic will alert people and lead to conservation efforts.

I never knew that some elements were at risk.

The Periodic Table Is Complete! (11)