A Second Visitor From Outer Space 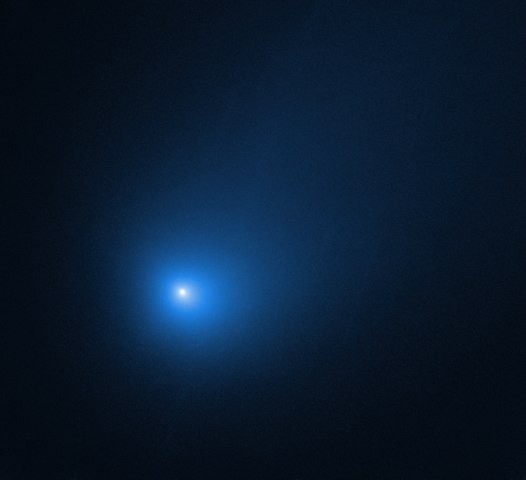 On December 7-8, comet Borisov made its closest approach to our Sun.

This visitor from outer space was first spotted by amateur astronomer Gennady Borisov in August 2019 with a backyard telescope.

After further investigation, astronomers officially named it 2I / Borisov, after the astronomer who discovered it and because it is the second interstellar object to be sighted.

The closest that Borisov got to our Sun was beyond the orbit of planet Mars. However, its arrival was greeted with excitement and anticipation by astronomers around the world.

What Are Interstellar Objects?

In our Solar System, the planets are bound by gravity and follow elliptical orbits around the Sun. However, interstellar objects are astronomical objects that are not bound to a star. These can include asteroids, comets, and rogue planets.

These objects have escaped from other star systems and travel at high speeds across space. Although rare, it is possible for them to be recaptured into orbit into another star system. As of now, Jupiter is the only planet massive enough to pull such a feat, which it has done in the past. As of right now, these objects can only be spotted if they pass through the Solar System; otherwise, they are too far to be seen.

Usually, comets originate from one of two regions – the Kuiper Belt beyond planet Neptune, or much further out from the Oort comet cloud. For more about comets, read our earlier article here.

Back in 2017, ‘Oumuamua became the first interstellar visitor from outside our solar system. Unlike Borisov, 'Oumuamua did not have a comet’s tail, and thus scientists were a bit skeptical at first on how to classify the object.

Named after the Hawaiian term for “scout,” this space object was flying at such high speeds that scientists concluded that it was impossible for the object to have originated in our solar system. As a result, they classified the object as 1I (I stands for Interstellar) to mark the first discovered interstellar object.

After Borisov was discovered, NASA directed the Hubble telescope in space to capture closer images of the comet. From observations, scientists concluded that the comet's core, composed of ice and dust, is only one kilometer long. Comet Borisov is continuing its journey and will be close to Jupiter by mid-2020 before it heads back out of our solar system.

Both ‘Oumuamua and Borisov are signs that there is more to the universe than we know.  As technology continues to advance, it won’t be long before many more interstellar objects are discovered.