A Snowman in Space! 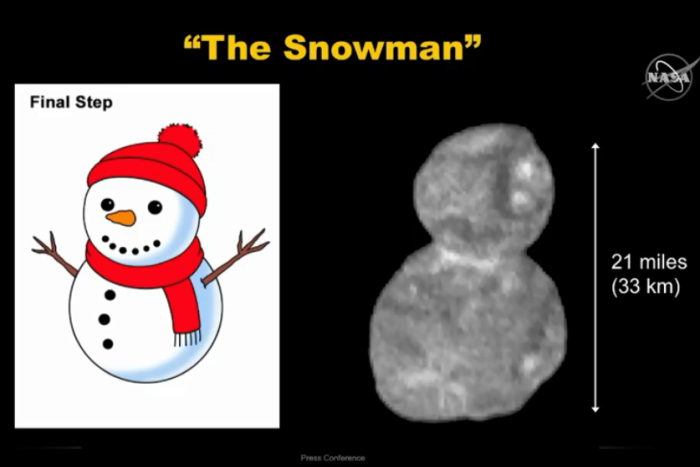 Five years ago, when American astronomer Marc Buie told the world about seeing a snowman in the sky, scientists around the world were quite astonished. The snowman that Buie saw was actually an object in the Kuiper Belt, 4.5 billion kilometers away from the Earth.

On January 1, after 13 years of exploration, New Horizons flew by Ultima Thule. This flyby gave NASA a clearer image of the object, allowing researchers to obtain information about this mystery. 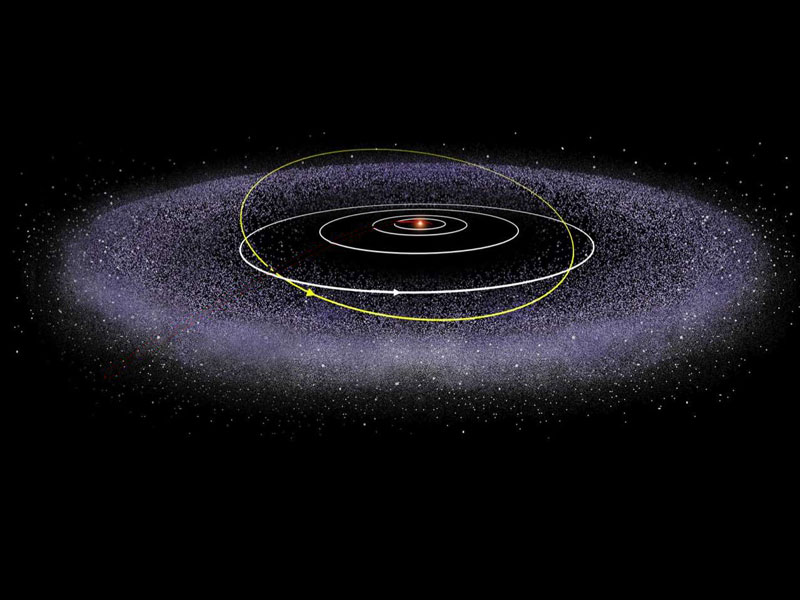 New Horizons was launched by NASA in January of 2006, and it was intended to journey towards the Kuiper Belt and Pluto. The spacecraft flew by Pluto in 2015, and it returned useful information back to the Earth.

While the primary objective of New Horizons was to learn more about Pluto, NASA decided to create a new target for the spacecraft: to explore Ultima Thule. Objects in the Kuiper Belt might be the key to understanding the formation of our solar system, which is why scientists were so eager to start this new adventure.

The Kuiper Belt is the region of our solar system that lies beyond Neptune. This region is similar to the Asteroid Belt that lies between Jupiter and Mars, but it is twenty times wider and much denser. The belt was named after Gerard Kuiper, who hypothesized that small objects existed in a region beyond Pluto.

Astronomers believe that the Kuiper Belt contains millions of icy objects, including the dwarf planet Pluto! Some astronomers hypothesize that these icy objects were created by the formation of the solar system. Due to Neptune’s gravity, the small objects were not able to fuse together and instead became a region of floating icy objects.

What We Know about Ultima Thule

Ultima Thule is the farthest object ever visited by a spacecraft from Earth. It is about 33 kilometers long with a reddish color, similar to other objects in the solar system. Additional data has concluded that Ultima Thule completes a full rotation in 15 hours, meaning that the object has a 15-hour day.

The findings from New Horizons suggest that Ultima Thule is actually a fusion of two different objects, which is the reason for its snowman-like structure. Pictures obtained from NASA did not show many craters or rigid bumps on the surface, but the object is composed of ice and rock.

Additionally, because of the lack of sunlight in the Kuiper Belt, the temperature in the region is extremely low, around -370 degrees Fahrenheit. The cold temperature slows down chemical reactions, so the Ultima Thule has been preserved in its state since its existence. Since the object remains unchanged, it might help scientists learn more about the birth of our solar system.

Scientists expect to learn more from the data that New Horizons collected when it returns home in 20 months. Hopefully, these findings can help scientists find a link to the formation of our vast solar system.