The Sturddlefish: An Accidental Discovery!

A group of Hungarian scientists were experimenting in a lab when they created a hybrid fish!

The unexpected result, a “sturddlefish,” is the hybrid of the American paddlefish and Russian sturgeon. Although the general public is debating what to do with this new discovery, it has certainly caught everyone’s attention.

Let’s find out more about hybrid animals and why the scientists were surprised.

How Are Animal Hybrids Produced?

While it is rare for different animals to reproduce, it is possible to create hybrids, such as the liger or mule. This process can happen in a lab or naturally in the wild. 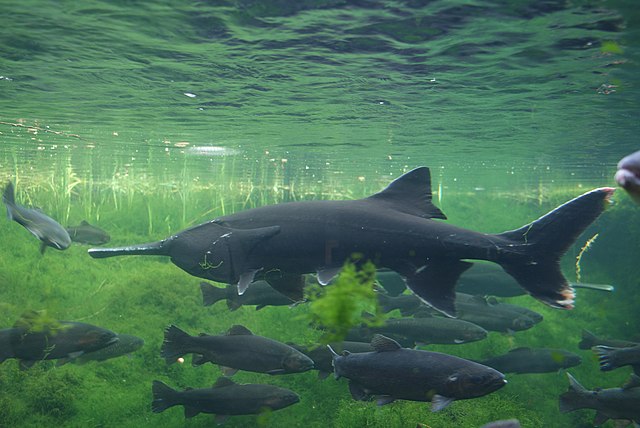 Animals may be crossed when a species relocates to an area where another species is, resulting in accidental mating. It may also be because they can’t find mates from their own species. When they mate, the hybrid receives DNA from both parents and inherits traits from both parties. For example, a mule is the genetic combination of a female horse and a male donkey.

However, this doesn’t mean that any pair of animals can form a hybrid. The more different the species are from each other genetically, the smaller the chances of them mating and producing viable offsprings. A mule, for example, cannot mate with another mule to produce babies -- in other words, they are sterile.

Could hybridization save endangered species? This question has been on the minds of many scientists, especially as climate change is forcing many species to move out of their habitats or pushing them to the brink of extinction.

In order to aid conservation, Hungarian researchers were breeding the paddlefish and sturgeon in captivity.

Both species have suffered habitat loss, overfishing, and pollution that is leading them to extinction. In fact, American paddlefish can only be found in 22 states in America, and the Russian sturgeon is prized for its eggs that are used as caviar.

The scientists were originally hoping to use sperm (not the DNA) from the American paddlefish to see if the Russian sturgeon can reproduce asexually on its own. This process, known as gynogenesis, is a natural mode of reproduction in some fishes where the offsprings are a copy of the mother. Instead, the sperm and the egg fertilized, and out came little babies with characteristics of both parents. The hybrid has been nicknamed the “sturddlefish."

Why are scientists surprised? Both fish belong to the fossil fish family and are descended from dinosaurs. However, the two species had separated more than 184 million years ago, and scientists did not expect them to be capable of mating. This shows that the two species may be more similar than originally thought.

The scientists decided against making more sturddlefish since they are sterile and can harm other wild fish species. But this discovery proves there is much about nature that is yet to be discovered.

A Plant With Shimmering Blue Leaves! (5)