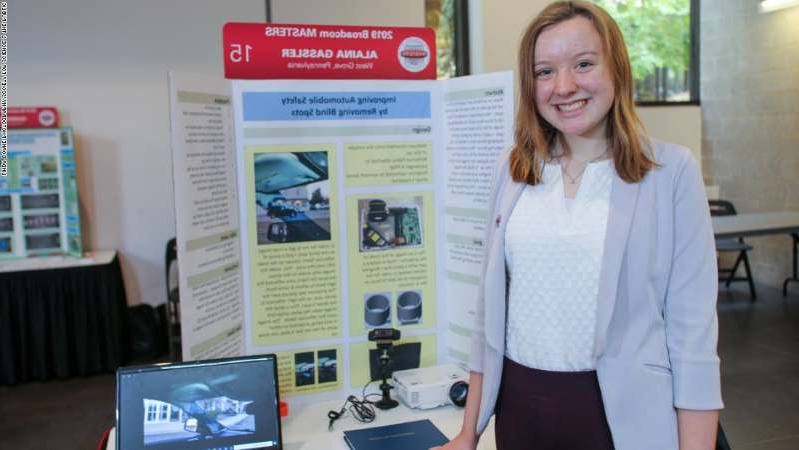 When you are sitting in the car do you ever notice the driver looking over their shoulder or side to side in the car? Well, they are doing this to check their blind spots!

Fourteen-year-old Alaina Gassler from Pennsylvania noticed her mother struggling with blind spots while driving their family minivan. So she came up with an ingenious solution that won her first place and $25,000 in the Broadcom Masters Competition.

What are blind spots and what specifically did Alaina do to get rid of them?

What Are Blind Spots? 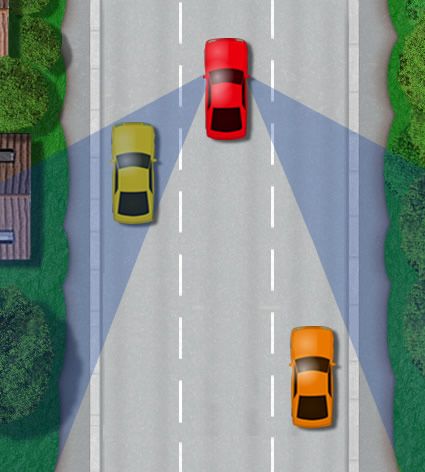 When a driver is changing lanes or merging, they have to look over their shoulders through the read side windows to make sure that there is no vehicle in the blind spot. This is because the rear-view and side-view mirrors create an invisible area on either side of the car. This invisible area is big enough to hide a minivan!

The other blind spot is created in the front by the A-pillar -- the material on either side on the windshield that holds the glass and forms the frame of the car. In some cars, this beam can be quite thick. When a driver comes to an intersection and has to make a right or left turn, they need to lean into the front windshield as well as check the side mirrors before turning. Usually, people or cyclists can be hidden by this pillar.

Newer cars have blind spot detectors that alert the driver about hazards that they cannot see, usually through a loud beeping sound.  Despite the precautions taken to minimize blind spots, serious and fatal accidents still happen. According to the National Highway Traffic Safety Administration, roughly 840,000 blind-spot related accidents happen annually.

What Was Alaina's Solution? 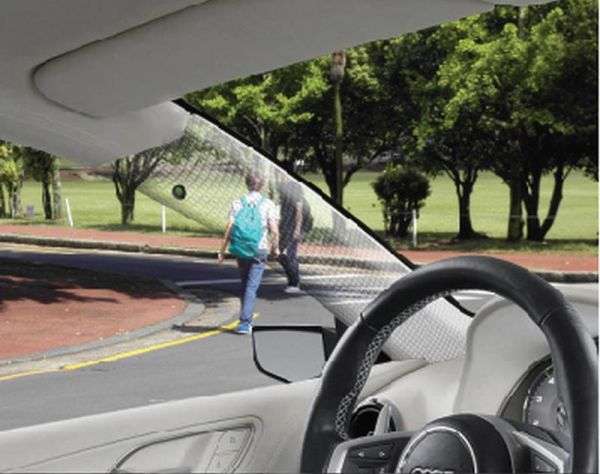 Alaina's design was to get rid of the blind spot created by the front A- pillar of the car, the one that helps hold up the windshield.

She put a camera on the outside passenger side of the car which then sent the footage to a projector mounted above the driver’s head. Then, she covered the inside of the pillar in a reflective fabric onto which the image was projected. Basically, her device made the pillar “see through” and eliminated the blind spot on that side of the car.

Alaina's solution is very creative and could be refined by using LCD displays that will make it easier to see during day time as well.

Besides Alaina, 15 other finalists took home awards at the competition that is open to 6th - 8th graders. Lauren Ejiaga from New Orleans won the STEM talent award for analyzing how ozone loss could affect our earth, and Alexis MacAvoy from California won a Health Advancement award for her creation of a filter that removes heavy metals from drinking water.

Congrats to these amazing students, and all the other finalists who competed that night!

Young Scientists At The White House (20)

Solar Tree Invented By A Teen (6)