Why Was Dorian So Unpredictable?

Hurricanes are one of the most powerful weather events on Earth.. and Hurricane Dorian is proof of that.

Hurricane Dorian ravaged the Bahamas for 48 hours with its 185 mph (miles per hour) winds. The category 4 hurricane suddenly stalled over the Bahamas, devastating the low-lying islands and leaving behind at least 43 dead and another 70,000 homeless.

After briefly touching the Outer Banks of North Carolina, the hurricane remained largely off the eastern U.S coast and hit land again in eastern Canada as a post-tropical cyclone with 75 mph winds.

But why did Hurricane Dorian stall over the Bahamas, creating so much damage? And how could scientists who predict hurricane paths not get it right? As it turns out, tracking hurricanes isn’t as simple as it seems.

Hurricanes in the Atlantic Ocean usually form when sub-Saharan thunderstorms travel westward in areas of lower pressure. As warm, moist air rises within the storm clouds, this inward moving air increases air rotations within the storm cloud -- just like an ice skater speeding up her spin by pulling her arms in. This cycle repeats on a daily basis as the storms move across the warm Atlantic, and when this process speeds up to create a vortex powered by oceanic heat, we have a hurricane. For more, read our earlier article here. 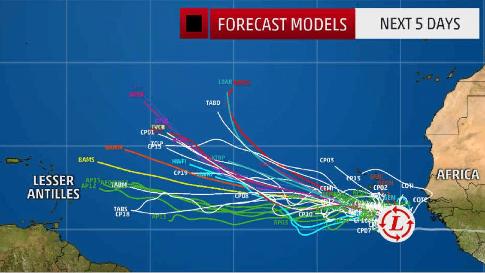 You may have seen the weather forecaster display a cone showing the areas that would be impacted by a hurricane. Scientists predict the path of these hurricanes using spaghetti models–maps plotted with spindly lines that point where the hurricane might go.

To start with, data from satellites and ground-based systems such as weather balloons guide the scientists. They plug this information into a model that then divides the atmosphere into small cubes of air. Each of these cubes is associated with a specific temperature, pressure, and humidity -- within a 3D grid. The models then use mathematical equations that show how each cube interacts with the other, creating effects such as wind blowing from one cube to the other. Scientists can use these models to create scenarios, predicting hurricane paths through them.

Though the European and American hurricane models are considered one of the best, the best forecast is thought to come from multiple models. In fact, fifteen years ago, the US National Hurricane Center (NHC) realized that by averaging the five top computer models, they could get a highly accurate forecast.

The first problem with faulty predictions usually comes from the model’s formatting. To boot up a model, scientists need to know what the atmosphere looks like beforehand. 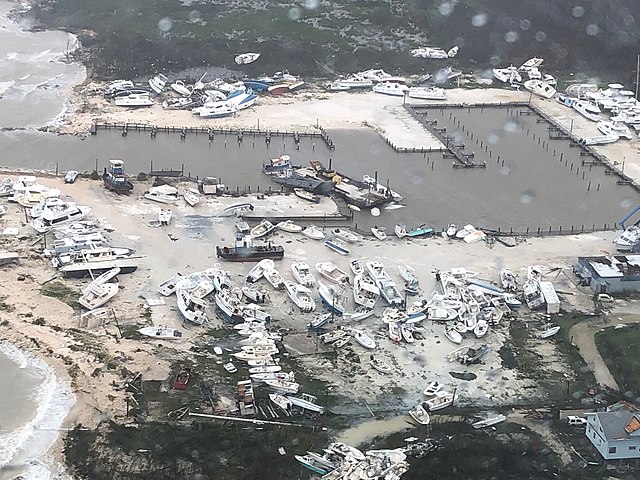 Unfortunately, oceans–where hurricanes originate–are difficult to observe before launching the model. Meteorologists largely rely on satellites for information, but their ability to observe is limited during cloudy days.

Even after a tropical storm is detected, sudden changes in wind patterns or atmospheric conditions can cause the storm to quickly change in strength or stall - both of which happened in the case of Dorian.

Scientists had expected Dorian to hit Puerto Rico or Hispaniola and weaken - instead the storm swerved past the island and as it traveled on open water, it gathered more strength. Then, just as the Category 5 hurricane reached the Bahamas, two high-pressure systems on either side caused the hurricane to lock up in place. As a result, Dorian lingered over the islands for 48 hours wreaking havoc.

Scientists are doing what they can to upgrade ground observation devices and satellites, and hope that technological advances will continue to aid hurricane research. Meanwhile, residents of Bahamas are struggling to cope with the disaster even as relief efforts pour in.

Puerto Rico: One Year After Maria (5)