Would You Eat Lab-Grown Meat? 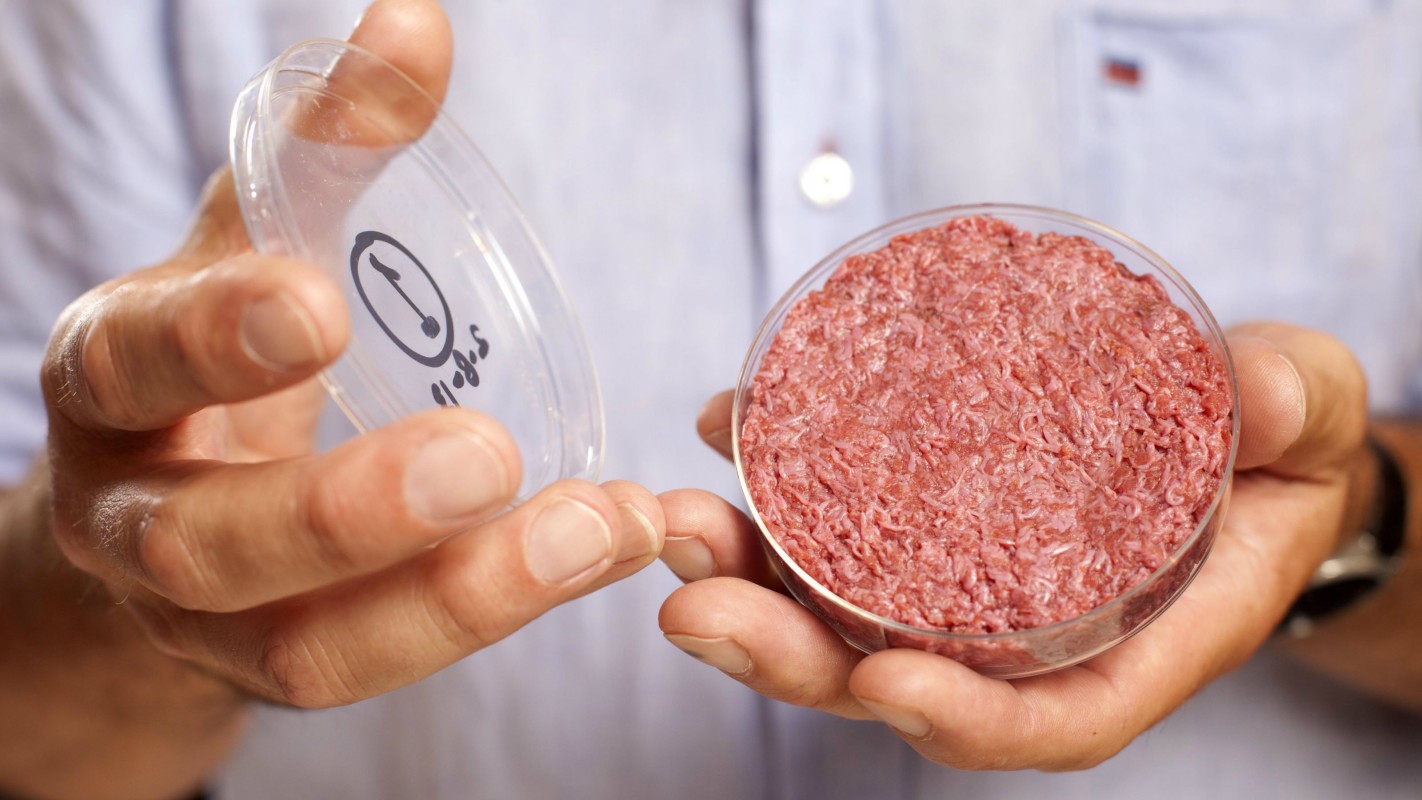 In 1894, French chemist Pierre-Eugene-Marcellin Berthelot predicted that by 2000, humans would be eating lab-grown meat in place of slaughtered animals.

Who would have thought that this prediction might come true?

The first hamburger made from lab-grown meat or "clean meat" was featured in a taste test in the London press in August of 2013. At the time, the single patty cost more than $300,000 (that’s 89,635 Big Macs). Now, five years later, the cost has been reduced to just eleven dollars.

What Is Lab-grown Meat?

The concept of lab-grown meat may be off-putting to some. However, if you look at a molecular level, you cannot tell the difference between hamburger from a cow and one grown in a lab!

To grow beef, researchers take adult stem cells from a live cow (supposedly a painless procedure). These stem cells are typically used to repair damaged muscle, so they are in the process of developing into more muscle cells. These are then put into a cell culture. A cell culture mimics their natural environment, with the appropriate amino acids and carbohydrates to promote cell growth. One muscle stem cell can easily grow into one trillion cells-- that's a lot of hamburgers.

However, until recently, the cell culture environment was created by using fetal bovine serum (FBS). FBS is made from the blood of fetal cows, ultimately killing the fetus. The use of FBS has raised ethical questions as to whether the production of lab-grown meat was any better than getting meat by killing animals. Currently, the company Hampton Creek, as well as Super Meat are developing a plant-based serum that will provide muscle cells with all of the nutrients they need to grow.

Chicken or turkey will likely be the first lab-grown product you will see in your grocery store as the necessary cells can be harvested from the tip of a fallen feather. In addition, these cells can be more easily manipulated to grow within a lab setting.

So I know what you all are thinking… how does it taste?

Currently, the meat being grown is purely muscle, so it is much leaner than the average hamburger. Scientists plan to incorporate healthy fats and imitation blood to more closely emulate the texture and taste of real meat. In the 2013 taste test, those who consumed the lab-grown burger did praise its "meat" taste, but also stated that the lack of fat was very noticeable.

What Are The Benefits?

Nearly 30% of the Earth's land is used to raise cattle, chickens, and pigs that are eventually slaughtered and eaten. Lab-grown meat uses 99% less land, up to 96% less greenhouse gas emissions, and up to 90% less water usage.

NASA has also considered the potential for lab-grown meat in long-term space expeditions as a source of protein for astronauts. Lab-grown meat offers many health benefits. Lab-grown meat is not grown in the presence of antibiotics, meaning that our bodies are less likely to build up antibiotic resistance as a result of meat consumption. Overall, lab-grown meat is also made in a cleaner environment, eliminating the risk of contamination from bacteria such as E.coli.

Would you eat lab-grown meat?