Are You Staying Sharp Over Summer? 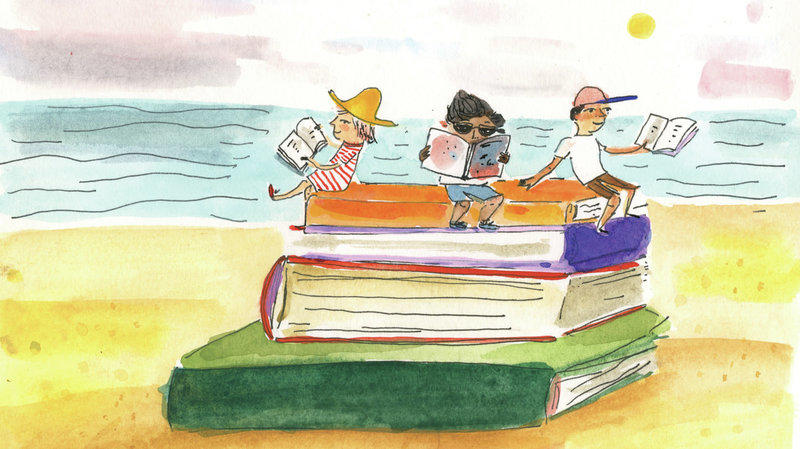 Summer holidays are here for those of you living in the Northern hemisphere.

Time to pack away those school textbooks and forget about homework. Instead, days basking in the sun, going to beaches, hanging out with friends and visiting interesting destinations come to mind!

But did you know that summer is also the time when you can lose what you have learned - a phenomenon known as learning loss? According to the John Hopkins Center for Summer Learning, children score worse on standardized tests in early September than in late June.

So, why exactly do we have summer holidays, and what can you do to make sure those gray cells stay sharp? Let's find out.

Reason For The Holidays

Wonder why schools take a break during the summer for more than two months, while your parents slog away at work? Well, it seems to be a legacy of the early 19th century. In the late 18th century, school calendars differed in urban and rural areas.

Urban schools operated year-round with just a few short breaks. However, going to school was not mandatory and attendance used to be low. This led experts to wonder if a long academic calendar was worthwhile. Some education reformers also felt that too much of school could lead to burnout. Meanwhile, sickness and poor health used to be common in the 18th century because of poorly ventilated classrooms.

City officials listened to the warnings of reformers and shortened the school year by a quarter. Summer was picked over other months because diseases would spread easily during the hot months. Besides, wealthy city people traditionally went away on vacations during summer.

On the other hand, school districts in rural areas had quite different academic calendars. In the 19th century, rural kids spent just five or six months in school - two to three months in summer and the same in winter - and the rest of the year laboring on farms. So, while urban educators worried that children were overtaxed by their busy schedule, officials in rural areas thought their students were not sufficiently mentally challenged.

It was in the early 20th century that public-school officials in many farm states lengthened the academic year and introduced a summer break to bring their schools in line with urban schools.

Research shows that students lose approximately two and a half months of grade level abilities in math and reading over the summer months. Every year teachers in the new academic year have to spend almost two months of valuable time catching kids up with the material they have forgotten over summer. The slide is more in Math than in English and is more pronounced in higher grades and among lower income groups where children don't have access to good summer programs.

So, what can you do to make sure you stay sharp, while at the same time having fun over summer?

How do you plan to keep your brain cells active and sharp this summer?