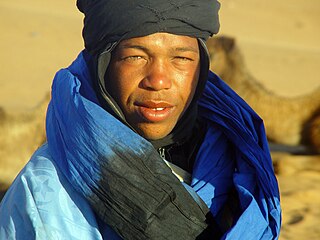 In 2002, the Berber language Tamazight was recognized as a national language in Algeria. Tamazight could be taught in schools and official government documents had to be written in the language.

Despite this progress, the fight for preservation is not over for the 13 million Berbers living in the North African country of Algeria.

Recently, students and activists came together to protest a decision by the Algerian members of parliament to take away funding for the language to be taught in schools. Protestors see the decision as an affront to the Tamazigh language and the Berber people that speak it.

Who are the Berber people?

The Berbers are an ethnic group native to the countries in North Africa. Algeria and Morocco are countries with significant populations of the Berber people.

The term “Berber” is derived from the Greek word for barbarian – it was given to anyone who did not speak a word of Greek. The Berber people are also referred to as “Amazigh”, which means, “free man” or “noble people”. A majority of the Berber people are said to be Muslim.

The Berber identity is not specific to a certain ancestry or society. For the Berber people, language is more than words spoken – it is a unifier between different members of the population. Anthropologists report that some Berber tribes have a large number of members with blonde or red colored hair! Other Berber languages include Riff and Zenaga, to name a few. Within the Berber population are various groups from different regions, such as the Kabyles from Kabylia and the Chaoui from Eastern Algeria. The Berber people encompass a diverse group of people.

In Algeria, Arabic remains as the official first language – it is spoken by 80 percent of the population, while an estimated one-quarter of the population speaks Tamazight. In fact, Algeria had to fight for Arabic to be reinstated as their official language. During the French colonization of Algeria in 1830, Arabic was banned from schools.

Algeria gained independence in 1962. Following independence, a campaign of Arabization was implemented. Arabization refers to the integration of Arabic language and culture into a society. Although the Permanent Committee on Geographical Names states that the French and Berber languages are not received with a positive attitude, French remains a common language in Algeria. Eighteen million Algerians are fully literate in French.

Selma Hellal, a publisher of French books, believes that Algeria’s struggle for a common linguistic identity affects the younger generation of Algerians the most. Language is a powerful tool, as it can not only unite people but also cause a divide. In Algeria, colleges teach in Arabic and French, court documents are in Arabic but the government and business meetings are in French, and television sitcoms are in Darija - another indigenous language! The search for a single language that unites the country looks far-fetched.

The video below (a long one!) describes the history of the Berber people.

Learn more about the Berbers and their history in THIS well-explained article by Brittanica.