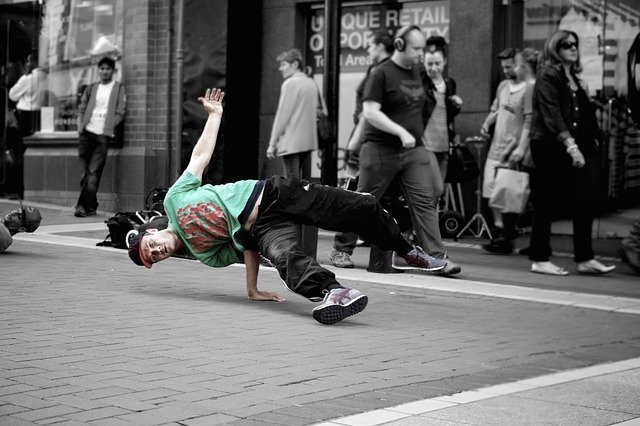 The Olympics has seen many unique sports, including live pigeon shooting, swimming obstacle courses, and plunge for distance (diving and gliding in water), all of which featured prominently at the Games of 1900.

Over a century later, at the 2024 Olympics in Paris, we won’t be seeing the demise of unfortunate pigeons, for sure, but we will be seeing a host of new sports.

Citing a wish to make the Olympics more diverse and appealing to a younger generation, IOC President Thomas Bach announced the inclusion of breakdancing, a popular style of athletic dance that will be accompanied by skateboarding, sport climbing, and surfing.

These sports were to be featured at this year’s Summer Olympics in Tokyo, but following the Games’ delay, the IOC decided to spotlight them in 2024.

A Brief History Of Breakdancing

Breakdancing, also known as breaking or b-boying, is a highly complex, demanding dance style that includes gravity-defying postures, dizzying spins, and moves from martial arts and gymnastics. Considering breakdancing’s elaborate nature, it’s astounding that the style was just emerging in the late 1960s and early 1970s.

Popularized by African American and Latino youth, who battled in the streets of New York City, the dance style, and the snazzy hip hop beats that complemented it, quickly rose to fame. The media called it “breakdancing”, after the “breaks” characterizing the sound of hip hop DJs. Jamaican DJ Kool Herc was the first to develop this technique, mixing and switching between the beats of identical records to create “cutting breaks,” during which dancers, known as b-boys and b-girls, would bring their moves to the floor.

While breakdancing has no set “rules,” there are still many popular moves that breakdancing is best recognized for:

Today, breakdancing, which has inspired countless other dance styles, is more popular than ever. Famous faces include Adam Sevani, Taisuke, Cico, and Physicx, all of whom sweep the floors at international breakdance competitions.

Now, we can look forward to breakdancing as a  highly competitive sport with its addition to the 2024 Olympics!