Central Park, located in New York City is not your ordinary run-of-the-mill park. For starters, it is bigger than the country of Monaco!

Central Park also boasts more impressive titles to its name, such as being the most filmed public park in the world, appearing in over 350 films, and attracting 40 million visitors yearly.

However, thanks to the efforts of The Elizabeth Cady Stanton & Susan B. Anthony Statue Fund Inc., Central Park is slated to erect two new sculptures featuring the two women’s rights activists. The statues will be unveiled in 2020 to coincide with 100th anniversary of the 19th Amendment, which granted women the right to vote. Additionally, the names of other women’s rights activists will also be inscribed. 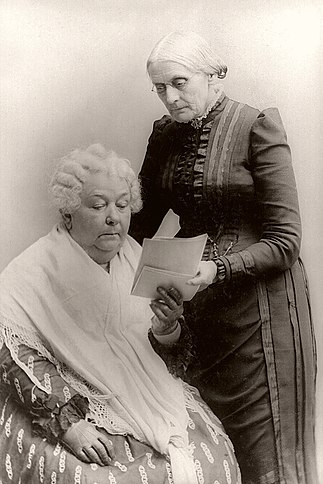 Elizabeth Cady Stanton and Susan B. Anthony were pioneers in the American women’s rights movement as well as abolitionists (a person who advocated to end slavery). Stanton was born in the year 1815 while Anthony in 1820. Stanton and Anthony were born in a time where women had little rights – for example, women were not allowed to vote or own property.

The pair met in 1851 and from there, an extraordinary partnership was formed – together, they founded the National Woman Suffrage Association, which advocated for a women’s right to vote in political elections, and published their newspaper, The Revolution together. Although their paper was not successful, it provided a good medium for the women to broadcast their thoughts to a wide range of people.

Stanton also penned the Declaration of Sentiments, stating that as men and women were equal, they should be afforded equal rights. Stanton read her declaration at the Seneca Falls Convention in 1848, and eleven of the twelve resolutions demanded were granted. The only resolution not granted was a women’s right to vote. However, through countless rallies and marches organized, women were finally granted the right to vote in 1920.

A Message To Future Generation

Central Park receives a large number of visitors yearly. The new statues will recognize important contributions made by women throughout history, and also give impressionable young children walking through the park an opportunity to learn about different role models.

Although Stanton and Anthony contributed greatly to the women’s rights movement, some question if they are suitable choices. Their fight for women’s voting rights did not extend to women of different races – black as well as Latina women were sometimes prohibited from voting.

However, thanks to the activism of Stanton and Anthony, women in the 20th century now access rights previously denied to them. Although a lot of progress has been made regarding women’s rights, women across the world still face issues such as lack of equal pay and lack of representation in politics. What we can learn from Stanton and Anthony is to always stand up to injustices.