The Debate Over Columbus Day 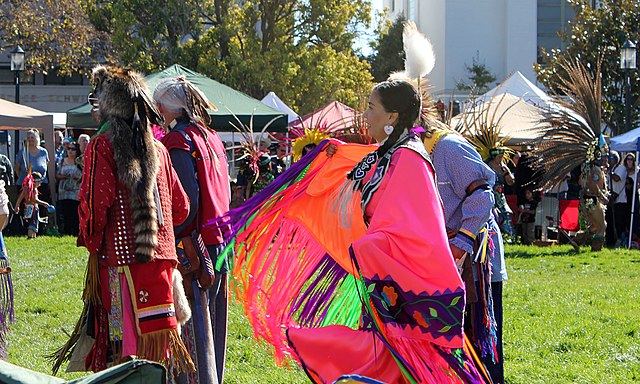 Why are New York city cops guarding the statue of Christopher Columbus in Midtown, Manhattan 24/7?

In recent months, statues of the explorer have been smeared with red paint or pink nail polish, while others have had graffiti scribbled across them. With the U.S marking Columbus Day on Oct 9, city officials are trying to prevent other such acts.

Meanwhile, from Seattle to San Francisco, and Los Angeles to Austin -- many U.S cities have been renaming Columbus Day to Indigenous (or Native) People's Day. This has upset some Italian-American groups. Who was Columbus and why is he sparking such a divisive debate? 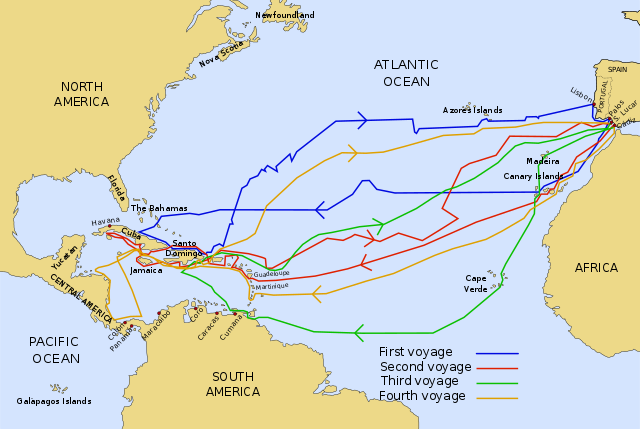 In 1492, Christopher Columbus set sail from Spain on a quest to find a westerly route to India, the land of spices and gold.  Barely three weeks into his voyage, his fleet sighted land and came upon areas that appeared similar to India in treasures.

However, he had arrived at a new land and was off from his destination by a really large margin. You see, Columbus and his men had arrived in the West Indies! Over three more such expeditions, Columbus reached the island of Hispaniola (present-day Haiti and the Dominican Republic), and Central and South America. These were lands that were unknown to Europeans but had been occupied for several centuries by Native Americans and the thriving civilizations of the Mayas, Incas, and Aztecs.

Over the next two centuries, settlers from Spain, Portugal, France, and England arrived and started building colonies. The natives were forced out of their lands to remote areas, enslaved or killed if they fought back, and forcibly converted to Christianity. This combined with exposure to diseases like smallpox and measles brought by the settlers led to a drastic drop in the native population by 80-90%.

The Debate Over Columbus Day 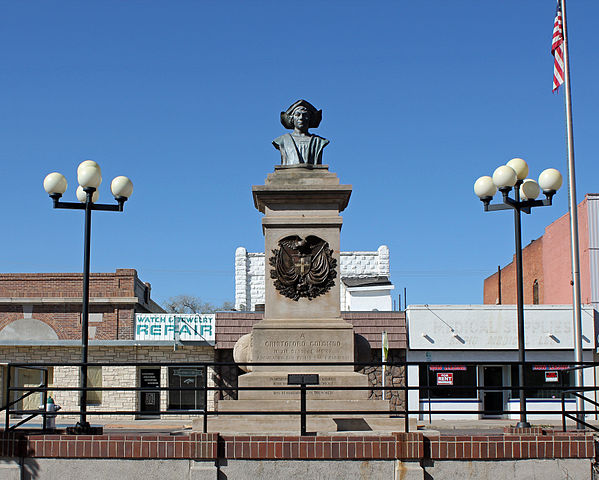 Today, native people living on reservations face poverty and lack education, healthcare and employment opportunities. The rates of alcoholism, depression, and violence are quite high in these communities.

Native American groups oppose Columbus day and parades since they honor a man who promoted colonization and exploitation of indigenous people. In 1992, Berkeley became the first city to replace Columbus Day with a celebration of Native American heritage. Now, more cities have joined in on the movement.

However, there is one group that is unhappy. Some Italian-Americans see Columbus Day as a celebration of their heritage. They claim that many Italians had a difficult time when they migrated to America. But as they began to connect themselves to Columbus who was an Italian, it helped them gain acceptance. In fact, an Italian-American businessman named Generoso Pope played a part in getting Columbus Day recognized as a federal holiday in 1937.

Finally, there are others who don't understand the fuss about Columbus. Not only did he sail for the Spanish, Columbus did not reach mainland United States on any of his voyages. In fact, it was John Cabot who landed in Newfoundland and took the territory in England's name.

What do you think? Should Columbus Day be renamed Indigenous People Day?

bigmac_college October 12, 2020 - 12:25pm
I think that we should keep Columbus day as Columbus day, After all we have statues ALL over with people on them that don't deserve to be there. it's not a far stretch to put someone who colonized America.
Sheppard1002 October 10, 2018 - 11:25am

I think COLUMBUS DAY IS BAD I HATE IT

I think that columbus day should have their renamed the holiday to Indigenous People Day because columbus is a bad influence to all people including that he has killed multiple people. Indigenous People were the victms of the killing and they deserve theyre own holiday for their peoples justice and we should stay home same as we did for columbus day.

I don't want Columbus day at all

I've never really considered Columbus to be worthy of having his own national holiday. The way colonisers treated the indigenous cultures under his leadership disqualifies him, in my opinion. I mean, you can't personally blame him (or other colonisers, for that matter) for stuff like unknowingly importing diseases that the natives didn't have immunity to, but the enslavement, mass-murder and mass-displacement are not deserving of celebration.

I'm not convinced that the argument about Italian-Americans having a hard time settling is hardly a strong enough reason to keep Columbus Day. At the end of the day, who had it worse off, the Italians or the Natives?

As for the name, I'm not sure that the date should be kept and only the name replaced. It sort of looses its relevance then. I feel there's probably a more appropriate date for a day to celebrate Indigenous culture. As for what that date should be is up for debate.

LilNachoPup October 13, 2020 - 10:56am
Kiwi_BJ, I am totally with you! To all on, all of this stinky madness seems like it was started by Columbus. He was trying to get to India, and that is why he called Native Americans Indians. All of this just makes me ANGRY!!!! Just can NOT get over the fact that Columbus was so, so, SO, just...not good. I just don't have words now. There is so much I want to say, but... I just don't have words.
bananas_jutsu October 8, 2018 - 9:02pm

interesting, but they shouldn't grafitti Columbus.

These islands and countries owe their name to Christopher Columbus, who christened each of the new lands!