Denali Is The New Name

What is the highest peak in the continental United States? If you guessed Mt. McKinley, you are correct. At 20,310 feet (6,168 meters) it is the tallest. Except now you will have to refer to it by its new name, Denali.

The White House and the U.S Department of Interior announced recently that the name of the mountain will be changed to reflect the history and desire of the Alaskan people.

While the National Park had been renamed Denali in 1980, any effort to change the name of the mountain had been opposed by Congress members from Ohio. Alaskans have been pushing for a name change for years, led by Lisa Murkowski - a Republican senator from the state. Ohio lawmakers, however, are angry at the change made by the White House without the approval of the Congress.

The History Of The Mountain 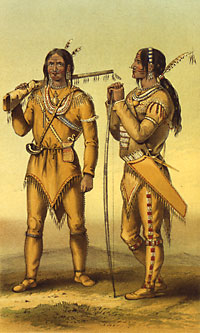 Denali which stands for "the high one" is an Athabaskan word and was named so by Native Americans. In fact, the mountain had 47 names given by the many local tribes that settled in the region over time, as well as by Russian settlers.

The Athabaskans were the first people to arrive in North America by crossing the Bering Strait from Russia. They were nomads who roamed the newly discovered wilderness and relied on their animals for their existence. It is no wonder that the name Denali stemmed from their reverence for the tall, imposing mountain.

That was until 1896 when an explorer prospecting for gold in the Alaskan mountains renamed the peak after his favorite political candidate. William Dickey was in Alaska when he heard that William McKinley from Ohio had been named a Presidential nominee. Dickey liked McKinley who supported a gold standard. So even though President William McKinley had never set foot in Alaska, the mountain bore his name.

Campaigning For A Change 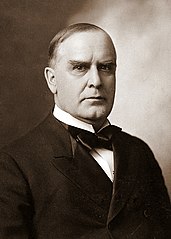 When President McKinley was assassinated in 1901, the mountain seemed to be a fitting tribute. However, when Alaska became a U.S state in 1959, many Alaskans started questioning why their mountain was named after a President from Ohio. The movement gathered momentum recently, led by Lisa Murkowski - a Republican senator from the state.

“In changing the name from Mount McKinley to Denali, we intend no disrespect to the legacy of President McKinley,” Interior Department officials said. “We are simply reflecting the desire of most Alaskans to have an authentically Alaskan name for this iconic Alaskan feature.”

While Alaskans - both natives and non-natives are happy, Ohio lawmakers are angry at the change made by the White House without the approval of the Congress.

I think that it would have been better to run it through congress.