Eighty Years Of Cat And Mouse! 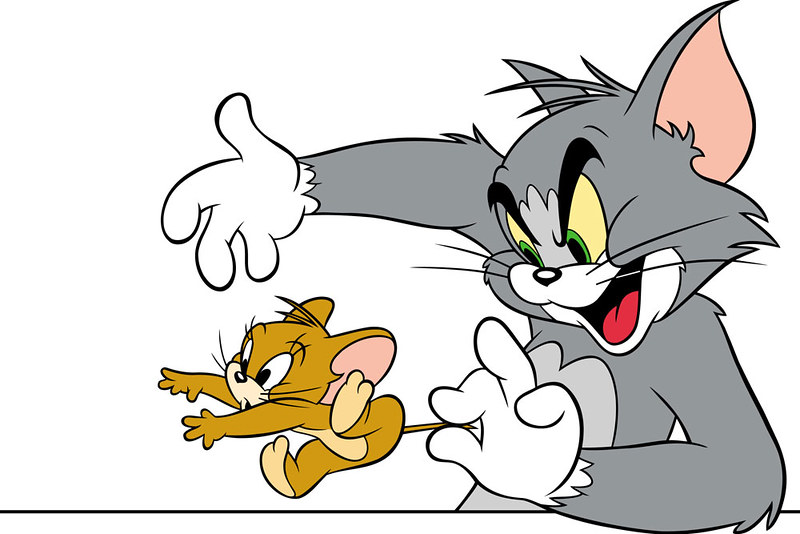 What is the first cartoon that comes to mind when you think about the classics? Maybe you think of Looney Tunes or Winnie the Pooh. For many, Tom and Jerry is the answer.

The famous cartoon of a cat chasing a mouse first aired in 1940, which means that 2020 marks its 80th birthday!

The basic storyline: Tom, the cat, is frustrated with the mouse, Jerry, living in his house. He decides to create a plan to get rid of Jerry by putting cheese in a mousetrap. Jerry gets the cheese without getting hurt and walks away while Tom is confused. This story of Jerry escaping and outsmarting Tom evokes laughter in children and adults alike.

Tom and Jerry have one of the biggest fan followings, and to celebrate their birthday, fans recently opened an exhibit in Japan.

The idea for Tom and Jerry was dreamt up by two men: William Hanna and Joseph Barbera.

Both men were animators at MGM studios and were tasked with creating a cartoon that would get lots of viewers. They thought of a cat and mouse chase, but were met with opposition because of how unoriginal it seemed. Despite this, they carried on and published their first short animation in 1940 which was known as “Puss Gets the Boot”. Hanna and Barbera would go on to create 114 animated shorts for Tom and Jerry.

In 1961, the cartoon was revived by the writer Gene Deitch of Rembrandt Films. Unlike the originals, these took our cat and mouse to exotic places like Greece and the Wild Wild West. Then Chuck Jones, the creator of Looney Tunes, took over and gave Tom his signature bushy eyebrows and Jerry his larger ears. The franchise started to dip its toes into creating shows in 1970 and this went on until 2006.

Warner Bros then took over until 2008. In 2014, the animation became a 2D show that airs occasionally on Cartoon Network.

The cartoon sends a message to its viewers as well -- that determination is important and you should never give up on your dreams. Tom never gives up on chasing Jerry and Jerry never gives up outsmarting Tom!

Let's look at the very first episode of the cartoon!