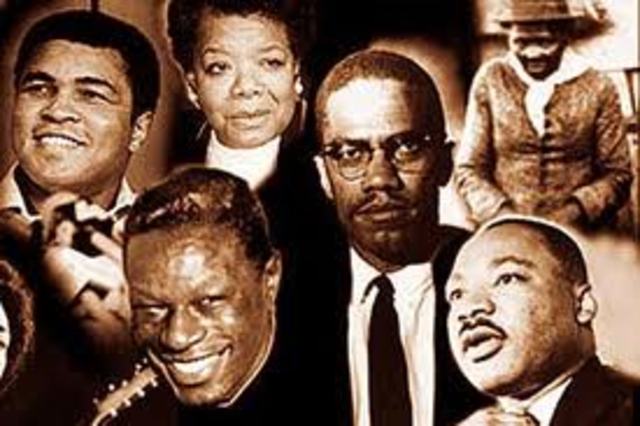 This month is a celebration of the accomplishments of black Americans while it also recognizes the significant roles African Americans played in the history of America.

The Origin Of Black History Month

In September of 1915, the Association for the Study of Negro Life and History (ASNLH) was formed. This association was dedicated to researching and promoting the achievements of African Americans or anyone of African descent.

The organization sponsored a national Negro History week in 1926. The second week of February was chosen with the purpose of including birthdays of Abraham Lincoln and Frederick Douglass.

Today, the ASNLH is referred to as the Association for the Study of African American Life and History (ASALH). The ASNLH influenced schools and plenty of communities around the country to create clubs and host performances of their own. By the end of the 1960s, Negro History Week had become Black History Month on many college campuses across the country. This led to President Gerald R. Ford officially recognizing Black History Month in 1976.

The Debate: Is It Necessary?

After decades and decades of Black History Month, a debate has sparked about whether or not it is still necessary. Those in favor of celebrating Black History Month claim that it is useful in helping teachers discuss and examine racial and ethnic issues in the classroom. They also claim that unless and until African American history is completely integrated into the history textbooks, Black History Month will be important.

Those opposed to the idea of celebrating Black History Month think it is unnecessary to remind the nation of segregation when the US has already experienced the leadership of an African American president. Opponents of celebrating this month are under the impression that it will only cause more of a racial divide in the minds of Americans.

In the spirit of Black History Month, we look at two women artists -- a sculptor and a poet. See the related articles on the right for other prominent African-Americans covered previously on Youngzine.

Mary Edmonia Lewis was a sculptor of African American and Native American descent who spent most of her career in Rome, Italy. She gained fame by incorporating people of color in Neoclassical sculpture. She was the first woman of her heritage to gain such recognition in the fine arts world. By the end of the 19th century, Lewis remained the only female artist of color to be recognized by the American artistic mainstream.

Phillis Wheatley was the first published African American author. She was born in West Africa and was sold into slavery around the age of seven. The Wheatley family, whom she was purchased by, taught her to read and write. They helped her with her talent of poetry. Significant figures such as George Washington praised her work. After her master’s death, Wheatley was emancipated but soon passed away from an illness. Her poetry is still spoken about today.

That give you so many facts about black history month

this has some great facts

Muhammad Ali: Farewell To A Legend (5)

In Honor Of Black History Month (4)