A Fresh Look For Lay's Chips 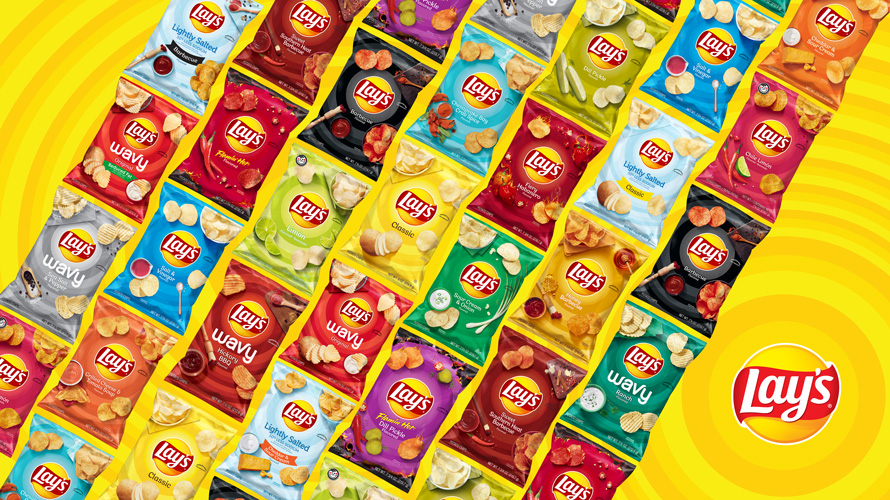 The Nike swoosh. The McDonald’s arches. The Apple … apple.

Within our consumer-driven society, there are certain logos we can all instantly recognize.

While these logos have all remained mostly the same over the years, companies sometimes feel the need to rebrand 一 a process that often includes tweaking the logo 一 in order to convince people that their products are similarly modern and changing with the times.

One of these companies is Lay’s, a division of the billion-dollar potato chip company Frito-Lay. For the first time in twelve years, Lay’s has released a new logo as well as a new packaging scheme for its chips, with a focus on simplicity.

For Lay’s, its primary reasons are to stay modern and fresh with changing times, as well as to show that it remains a competitive business. This rebranding is also a good opportunity to promote its new Grilled Cheese & Tomato Soup chips.

While these are common motives for rebranding, there are a few other reasons why companies choose to update their image.

Some companies want to introduce a different product line, for which they must design a new advertising scheme. For other companies who wish to change their target audience, they would rebrand in order to advertise their wares towards a specific group of people. Other reasons could include an outdated image, moving away from a bad reputation, being acquired by another company, or having a logo that is very similar to an existing company.

What Did Lay's Do?

Since Lay's logo is already widely recognized, it left most of it unchanged: the “L” is smaller, and the tail of the “y” is curved, but the overall changes are minimal.

The primary differences lie in the packaging, which now has concentric rings around the central logo in alternating shades of color. The photography on the bags is modified as well, now featuring the chips from a bird’s eye view, which according to Frito-Lay senior director of design Jon Guerra is a tribute to social media food photographers.

While there were only a few weeks of promotion leading up to the release, the redesigning process as a whole took two years. This is mainly because, on top of the usual design process of creating new concepts, testing with consumers and making prototypes, Lay’s design team also had to repeat this process for the entire line. This line includes over 25 different flavors, plus their variations (like reduced-fat or wavy), and the rebranding meant that each individual one needed to have new packaging.

The work was far from simple, but the result is as clean and fresh as any swoosh, arches, or apple.