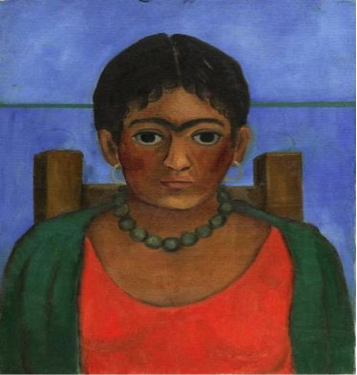 “There have been two great accidents in my life. One was the train, the other was Diego. Diego was by far the worst.”

An action-packed life, complete devotion, a great misfortune in love and a horrific accident sounds more like a movie than someone’s life.

Frida Kahlo was born on July 6, 1907, in Mexico City. Kahlo suffered from ill health as a child, after contracting polio at age 6 that left her with a limp.

Before her painting career, she aimed for a career in natural sciences, but her dreams were dashed when the train she was in collided with a car, giving her near-fatal injuries and great pains that she would suffer throughout her life. She was paralyzed for three months and in isolation.

Armed with a few brushes, an array of oil paints and a special easel that allowed her to paint whilst still in bed, she created some iconic and beautiful pieces. Her artwork is sought after by fans and art collectors for high prices, the highest being $8 million, the most for any Latin-American artist.

Her marriage to Diego Rivera, another famous artist, was an unhappy and tumultuous one.

Frida Kahlo once said, ‘I never painted dreams. I painted my own reality’. This perfectly describes her painting style, one drawn from her personal pain and tragedies, paintings raw and full of emotion. She is a self-taught artist known for her self-portraits (out of the 143 paintings she painted 55 were self-portraits).

Her Mexican heritage was something very important to her, evident in many of her paintings. Aside from her strong sense of Mexican pride, various references to religion were also included, particularly Christianity and Judaism, which reference to her mixed German and Jewish ancestry.

Her Legacy and Lost Painting 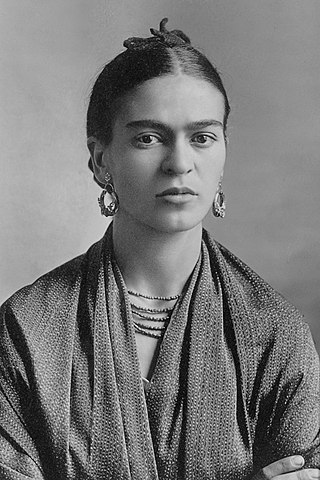 Frida Kahlo’s self-portrait, ‘Girl with Necklace’, has resurfaced after 60 years of it being hidden from the public eye, previously only known by a black-and-white photograph. It was gifted to one of Kahlo’s nurses from her husband who assisted her during the last years of her life. To add further excitement, the oil painting is said to be in ‘excellent condition’, with the vibrancy of the colors still intact.

Like any Frida Kahlo painting, this self-portrait is said to have ‘a feeling of warmth and closeness’. This discovery of Kahlo’s painting is significant, as only ten percent of her work is available in America due to complex and strict export laws in Mexico. Her works are declared as ‘artistic monuments’ by the Mexican president and any works painted in Mexico must remain in Mexico. These strict laws have produced numerous fakes of Kahlo’s work.

To many, Frida Kahlo’s paintings might be uncomfortable to look at – it taps into pain, a vulnerable human emotion. Her legacy lives on till this day, as not only a renowned female artist of color but also as a person who broke cultural and societal barriers.